Because Season 1 of the American crime drama TV series “Narcos” got lauded by critics for its excellent storyline, the second season of the show was already a done deal with Netflix even before it had its Season 1 finale.

Season 1 of “Narcos” comprised of 10 episodes. Set and filmed in Colombia, “Narcos” tells the true story of notorious drug kingpin Pablo Escobar who became a billionaire through the production and distribution of cocaine. The show also focused on Escobar’s interactions with drug lords, DEA agents, and various opposition entities.

Critics think that the storyline of “Narcos” is at a delicate stage since Season 1 has just been completed and covered a significant part of Pablo Escobar’s story.

That means that Season 2 can only focus on the 18 months from the time that Escobar escaped from La Catedral to his death in Medellin. Thus, it is likely that the death of Pablo Escobar would be featured in the upcoming season of “Narcos,” leaving Season 3 without a main character from where its storyline can revolve.

Focus on other characters other than Escobar

“Narcos” executive producer Eric Newman confirmed that Season 2 will ultimately end in Pablo Escobar’s death. He added that while they all wanted to showcase actor Wagner Moura more, his character had to die in the series because that is what happened in real life.

Newman said that the third season of the TV series will then focus on more stories to be told outside of Escobar’s life, notes Youth Health Mag.

Unless “Narcos” storyline continues after Escobar’s death and the TV series shifts to telling the story of the law enforcement’s continued wars with the other drug cartels in Colombia, including the infamous Cali Cartel, the show will not have much to go on to.

Cali Cartel was already introduced in “Narcos” in Season 1 and it will obviously be playing a major role in Season 2 as the two drug cartels fight for control of Colombia’s drug trade.

Director Jose Padilha and Eric Newman will be pinch-hitting as showrunners as Netflix finds a suitable person to fill in the post after Season 2.

Padilha already had a taste of being the series creator during Season 1 as he also served as co-creator along with Chris Brancato before he took in the post of Director.

Newman, on the other hand, helped produced “Children or Men” and he was credited also as an executive producer for Season 1. He is also working on the show in the same capacity for the ongoing Season 2 production.

While “Narcos” Season 1 did fairly well both in ratings and in the eyes of critics, there have been absurd rumors that the show would be canceled for Season 2.

Apparently, the rumors started swirling when reports came out that the show was left without a showrunner recently after Adam Fierro stepped down from the series even before the Season 1 finale.

Fierro came in to “Narcos” to replace Chris Brancato who resigned from his post even before the first episode of the TV series was aired on Netflix last year, notes the Parent Herald. 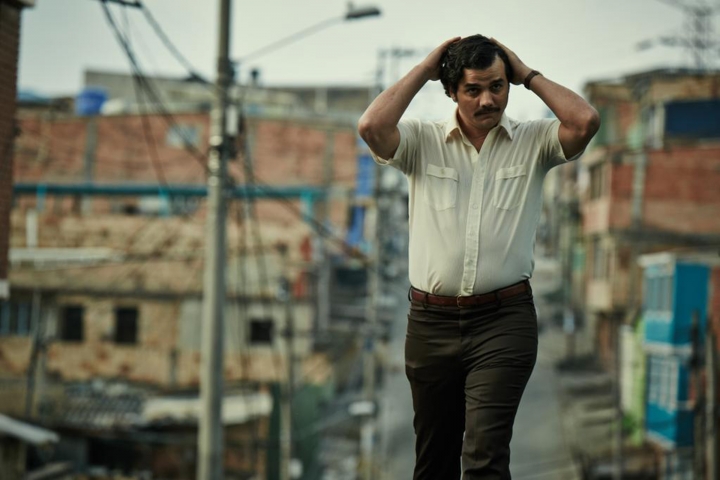 Brancato left the TV series to take on a bigger position as head of ABC Studio’s new drama “Of Kings and Prophets.”

However, it can be noted that Brancato was not the pioneer show creator of “Narcos” either. He joined the TV series when it was already halfway into production for Season 1 and was eventually given co-creator credits along with Carlo Bernard and Doug Miro.