With the introduction of Excitebike Arena, you can be prepared for high-octane racing and flying hurdles. As you all must be aware off by now, Nintendo seems to be spreading wings with its Mario Kart 8 this time as the characters in the game are no more limited to the Mario universe. Nintendo is also picking characters from other leading games in its list like – Legend of Zelda, F-Zero and Animal Crossing.

The trailer, which the company recently released, displays an exciting 3D track of the Excitebike version. There are four lanes and several crazy jumps sprawling across the racetrack with occasional muddy patches to slow down the contestants. The F-Zero Kart is soon to come bundled in the future versions of the DLC for Mario Kart 8.

Nintendo has selected Cat Peach, Toonki Mario and Link from Legend of Zelda to be included in the 1st DLC of Mario Kart 8, which will be available from November. This DLC will be priced at $8, and if you want to try out a part of the Animal Crossing bundle that will be available from next year, you can buy it for $12.

This track will revive the supreme excitement of Motocross madness through the Mario Kart franchise. This exact DLC includes the amazing motorcycle of Link, which is totally fit for the wheelie-freaks playing the game.

As the first DLC will be releasing in November, the second DLC will be making a show during the month of May next year. If we are not wrong, that is the month of the game’s one-year anniversary.

The DLC pack one will contain eight new tracks, but several gamers are concerned whether the tracks will be playable online without making a purchase? There are gamers who would not want to shell out $8 for just playing the tracks a few times online.

Several users are also worried about Nintendo forcing the gamers to download a huge update, even if they did not want to, or they did not have enough space on their device. In the latter case, there would have to get hold of additional storage, which would cost them $50-$100 for no fruitful reason. It will be like buying space for something that is not important. 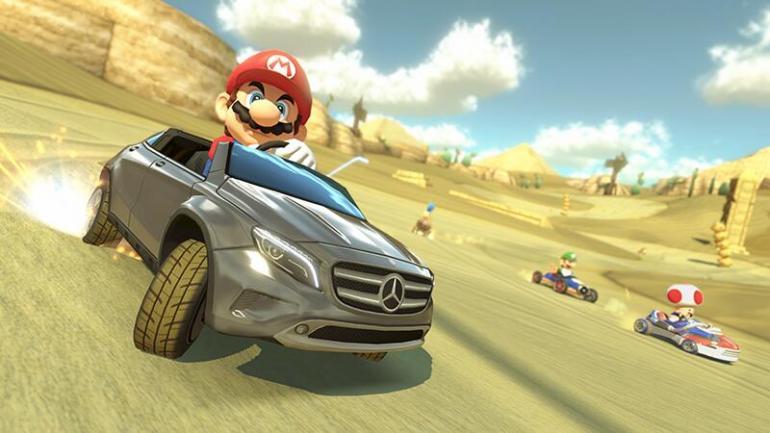 There is a high probability that Nintendo will not allow anyone to spectate the online games held on these tracks, forget about racing on them (if the DLC is not purchased).

What do you think about this latest update on the Mario Kart 8 DLC Pack 1? Stay tuned as we bring you the latest news, reports and updates for the DLC Pack 2 and additional information about the tracks from DLC 1 in the coming days. Shoot your comments below.