Rapper Kanye West has publicly apologized to Beck for almost interrupting his acceptance speech for the Album of the Year award during the 57th Annual Grammy Awards on February 8 and for his post-event outburst on the media.

He likewise apologized to Bruno Mars for hating the artist in the past, notes Rap Up.

It took Kim Kardashian’s husband 18 days of weighing things over before finally owning up to his mistake for his uncalled for stage invasion and post-Grammys outburst to the media against Beck.

In that infamous outburst, Kanye said that Beck needs to respect artistry and he should have given the Album of the Year award to Beyonce. His stage invasion of Beck is also reminiscent of the same move he pulled off against Taylor Swift in 2009 during the MTV Music Video Awards.

Kanye took to Twitter to express his change of heart and regret for his uncalled for remarks against Beck. He said that he is extending his public apology to Beck and specifically said “I’m sorry Beck” in his tweet on February 26.

A few days after the Grammys, the rapper actually guested on the radio show of Ryan Seacrest on SiriusXM “On Air” where he explained that he was not really disrespecting Beck but the Grammys.

During that radio interview, he said that the Grammys is like a broken clock because the award-giving body is correct only twice a day.

In an interview with “The Breakfast Club” several weeks ago, Kanye West admitted that he had not listened to Beck’s Grammy-winning album called “Morning Phase” until after the awards.

Kanye has not received a bad retort from Beck even after his stage invasion and his post-Grammys outburst on the press.

During the post-event interview, Beck said that Kanye West deserves to be in the stage like him because the rapper has made a number of hit music in the past couple of years. He also shared Kanye’s opinion that Beyonce should have won because he also thought that the music diva would win the Album of the Year award.

While he was in the business of extending an apology, Kanye West simply made the most of it by also saying sorry to Bruno Mars also on his Twitter account.

Kanye West said that he used to hate Bruno Mars although he respects what the singer does as an artist. Kanye and Bruno once collaborated on the song “Lift Off” for the “Watch the Throne.” 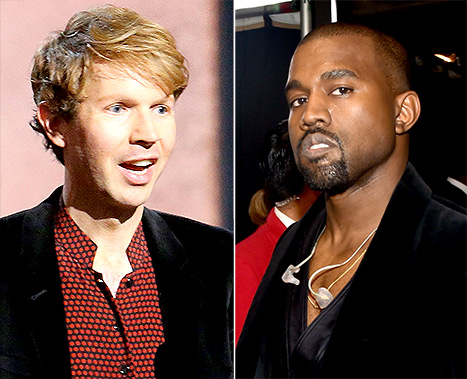 As a gesture of his sincerest apology, Kanye also asked Bruno Mars to sing the hook on a new song he is co-producing with 88-Keys and Puff Daddy. He even asked Tyler, frontman for Odd Future, to direct the video. Tyler used to have an issue with Bruno Mars too.