Hints about the plot details of the upcoming “Justice League” movie have been continuously keeping the fans busy as many have been offering speculations as to where the team of DC superheroes will be headed. “Justice League” is a follow-up to “Batman v Superman: Dawn of Justice” which earned a mix reviews from critics when it was released in March last year.

Latest reports have it that the plot will focus on Bruce Wayne and Diana Prince’s search for new superheroes with special skills and abilities to join their team, in order to save mankind from the hands of Steppenwolf who is on a quest of finding the three mother boxes that are hidden in various locations on Earth.

These mother boxes act as devices that hold wondrous powers and abilities based out of portable computers. They were reportedly created by an Apokoliptian scientist named Himon.

While its true nature remained unknown, comic books reveal that the mother boxes were in possession of the gods of New Genesis, which shall reportedly be explored in “Justice League.”

But fans are assured that the mother boxes will be highlighted in the film to jibe them with what has been written in the DC comics about it.

It has also been confirmed that Superman will make a comeback on the film after the Man of Steel seemingly met his demise in killing Doomsday during “Batman v Superman: Dawn of Justice.”

There are reports claiming that Cyborg is actually the third mother box hidden on planet Earth, the Total Film site reveals. Cyborg is a half-human, half-machine hero who shall be joining the Justice League.

It can be recalled that in “Batman v Superman: Dawn of Justice, three superheroes were already introduced.

There was a scene where Bruce sent Diana Prince a list of target superheroes whom he wants to enlist in the Justice League.

Based on hints, the father of Cyborg, Dr. Silas Stone, used the third mother box to save his son and turned him into Cyborg.

In the footage seen by Diana, Dr. Stone called the third mother box as “U.S. Gov Object 6-19-82” which is part of his experiment to keep his son alive.

However, it ould also mean that Cyborg is crucial to the plot of “Justice League” and fans would really like seeing the character also stand out in the film just like the other superheroes.

While Steppenwolf is confirmed to be the main villain in the movie, it looks like the team will be in a race to get the mother boxes before he gets his hands on them.

Accordingly, the Darkseid is the one who is behind the chaos that Steppenwolf is about to begin on Earth.

Recent reports say that Darkseid’s para demons will be his monstrous troops to help Steppenwolf finding the three artifacts on Earth.

As it is only the first time that Darkseid has been mentioned in the plot details of the movie, there is a good chance that the character might appear in the movie. However, fans are advised not to keep their hopes up about seeing him in full action on the film as it is possible that he will show up in “Justice League Part 2.”

But knowing that Steppenwolf is the main antagonist of the film, it is already clear that he is under the command of Darkseid to invade Earth and consummate his goal of finding the three powerful boxes. 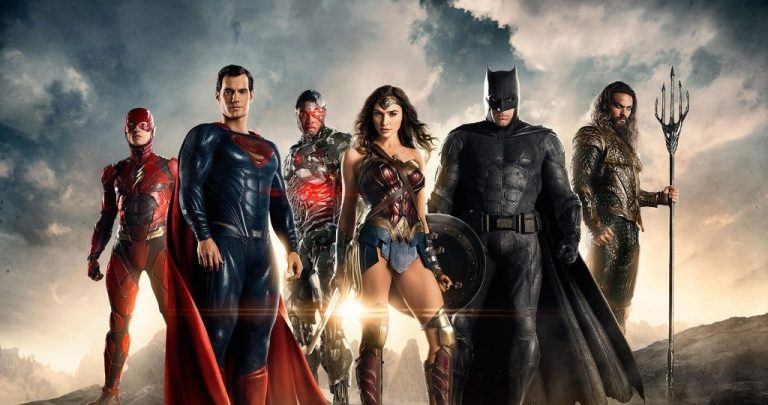 There are also speculations saying that Darkseid might appear towards the end of “Justice League” to foreshadow that he will be the league’s future adversary in the next installment.

Amidst observations by some critics that DC’s “Justice League” is somewhat following the storyline of the Marvel Cinematic Universe, the film is said to be keeping its promise of embarking on a new story arc that fans would love once it hits the big screen.