Jennifer Lawrence was spotted having dinner with Chris Martin at a cozy restaurant in Los Angeles. This stops the speculation about whether the two are still together. The couple has been together since June of last year, but they went their separate ways in October.

There has been rumours about Jennifer Lawrence being spotted at Coldplay lead, Chris Martin’s Malibu home after October and now after photos of them having dinner on New Years has surfaced, it seems that the two are back together.

Things were not going well with Jennifer Lawrence and Chris Martin with Martin’s ex, Gwyneth Paltrow repeatedly meddling in their affairs. Martin was completely in love with Lawrence, but she was the one who called it off because it became too much for her to handle Gwyneth Paltrow interfering in his life.

Chris Martin and Gwyneth had spent their Christmas together, with their kids Apple and Moses. Gwyneth has been very vocal about their separation, saying that she would have preferred if Chris still continued to be with her as that would have been a blessing for the kids. She has repeatedly spoken about how close she and her ex-husband are, and this is not a good thing for Lawrence.

With Gwyneth Paltrow hinting at a possible reunion with Chris Martin and with the two of them spending time together with their children, it was a surprise to see Jennifer Lawrence still wanting to be the “other woman” in Paltrow’s life.

Gwyneth Paltrow had laid down rules about her children’s exposure to Martin’s new girlfriend, and Lawrence felt that she played a major part in her boyfriend’s life.

Fans of the actress are not very happy with Lawrence supposedly back in Chris Martin’s life. Gwyneth Paltrow is a very influential person and to be in Martin’s life is to be in her hate list, and that is not something that any young actress wants. 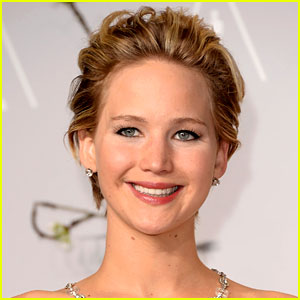 If Chris Martin and Gwyneth Paltrow decide to patch things up, given that they are very good friends and quite close, then Lawrence will be in a bad spot. It had appeared that she had called things off keeping these scenarios in mind, but onlookers say that Lawrence and Martin seemed very comfortable and cozy when they were out dining.

Lawrence had recently been speculated to have started seeing Liam Hemsworth, her co-star from Hunger Games, but the sightings from New Years Day say otherwise. The two seemed completely into each other at the Kiwami Sushi. They were having intense conversation and seemed content.

It seemed that the couple took a break for a while to sort things out and have again rekindled their romance.
What do you think about the Jennifer Lawrence and Chris Martin relationship? Leave behind your comments.