British luxury carmaker Jaguar is set to unveil its all-new XF sedan on March 24 in a dramatic high-wire launching, more than a week ahead of its official debut in the New York Auto Show scheduled on April 1.

However, less than a week before the unravelling of the all-new XF sedan, Jaguar has released rather unorthodox teaser images of the vehicle.

Instead of showing perspectives of the vehicle from various angles like most carmakers do, Jaguar made it a bit cryptic by releasing two images. One showed a photo of the new sedan taken from above while the second photo was taken from the cockpit of the vehicle, notes Autoblog.

Despite not being a typical vehicle teaser that car enthusiasts have been accustomed to, several keen car observers noted that the all-new Jaguar XF will have sharply creased body lines and shall also feature a huge panoramic sunroof.

Based on the second image taken from the cockpit of the XF, the interiors of the upcoming luxury sedan is obviously a modern update to the current model. But it also has some features of the smaller XE sedan.

The Jaguar XF also features a wider infotainment display. Its rotary knob for the transmission has been moved toward the center. Some of the air vents also looks to hide when not in use. The steering wheel also looks very sporty too.

The XF was introduced in 2007 and has become Jaguar’s biggest selling and most awarded car in its roster. The all-new XF has been redesigned from the group up and will be the second Jaguar model to use the brand’s advanced aluminum-intensive architecture. This means that the luxury sedan would come out very light in weight too.

The XF is Jaguar’s answer to competition with the likes of the Mercedes E-Class, the BMW 5 Series, the Audi A6, and the Maserati Ghibli.

Jaguar expects the all-new XF to set new benchmarks for weight and efficiency, as well as in class-leading fuel economy figures of over 70 miles per gallon.

To make its official unveiling on March 24 in London even more interesting, Jaguar will actually hold a dramatic high-wire journey for the XF that shall be streamed online via jaguar.co.uk/newxf.

The all-new luxury sedan will actually be driven on two wires that are barely more than an inch thick and suspended high above the river. The wires shall measure only 34 millimeters in diameter, and Jaguar will do the dramatic high-wire stunt for its new sedan to highlight the very light weight and agility of the new XF. 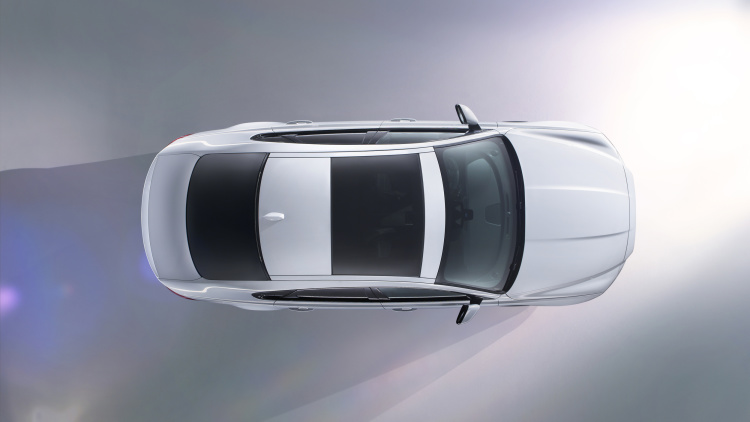 Jaguar has commissioned Jim Dowdell, an expert British stuntman, to conduct the dramatic high-wire drive for the XF. Dowdell is a veteran of major action stunts in popular movies including those of James Bond, Jason Bourne, Indiana Jones, among many others.