During his career, Tom Cruise has been in the public spotlight for multiple reasons, not all related to his acting. Cruise is a well-known member of the Church of Scientology, and this has caused some trouble for him over the years, as he was not always painted in a very positive light due to his involvement with the notorious “religion”. And now, it seems that those problems are about to spill over into the production of “Mission Impossible 5” – even though the film managed to do fine until now without the issue of Scientology coming up, this has apparently just changed.

Tom Cruise is currently involved in a legal battle with his ex-wife Katie Holmes, fighting for custody over their daughter Suri – and the legal proceedings have reportedly been quite difficult, with both sides fighting adamantly. It’s been reported that Scientology plays a role in the couple’s misunderstandings, and according to reports, this issue has now found its way to the production of “Mission Impossible 5”.

The problem is reportedly based on the fact that Cruise had spent extensive periods of time out of the country due to his work, and has now requested extended custody time as a result, in order to make up for what he’s lost. Katie Holmes, on the other hand, has been reluctant to agree to that, stating that Tom Cruise’s work is his own problem entirely, and he should be the one finding a way to spend more time with his daughter, not the court.

At the same time, reports indicate that the actress is also scared of moving forward into the legal battle with full force, as she expects the Church of Scientology to act against her in some way if she does. Rumors indicate that she’s been so scared that she’s actually worried that the Church might end up abducting her daughter to “help” Tom Cruise. And although this may sound like extreme paranoia, it’s a well-known fact that the Church of Scientology is not to be messed with, and they are never afraid to act within their reach with any means they have available. 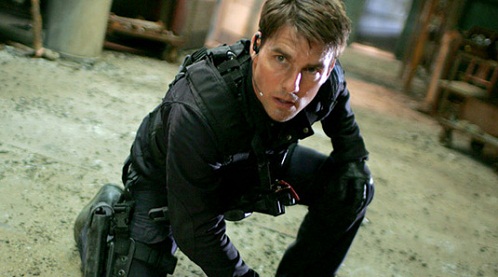 And she may have some reason to believe these things too, as the Church has already spoken out against her, calling her a “suppressive person” – although it wasn’t clear if they were referring to her custody battle with Tom Cruise, or another aspect of their life as a couple. In any case, it’s obvious at this point that the sooner this legal battle ends, the faster Holmes will be able to feel safe and relaxed again, something which is difficult enough when fighting in court, but probably doubly so with the threat of Scientology looming over one’s head.