DC Comics fans have been nervously waiting for a confirmation that the project for a TV show about Constantine from “Hellblazer” is moving forward, as the future of the series was under question recently. And now, there are reports that the show might indeed have been cancelled. It has run for one season so far, which ended on February 13, concluding with 13 episodes in total. Since then, NBC haven’t given any confirmation that the show will continue, which has led many fans to believe that the network might have changed its mind about the production.

And from what we’ve recently heard, that might be correct. There are reports that “Constantine” hasn’t been given a full season order in the first place, which is why its first season had only 13 episodes instead of 22. In addition, the ratings for the show haven’t been as good as the network was hoping, even though it obviously has a nice following among dedicated fans of the comics.

It’s also been reported that Daniel Cerone from the show’s production team has recently been given an opportunity to convince the network for a second season, something which is reportedly scheduled for May at the moment. If that discussion goes smoothly, we just might see another season for “Constantine”, and it may even be a full one instead of a shortened 13-episode season.

Fans’ hope about the show’s revival has also been reignited by the recent cancellation of “Allegiance”, which only got to run for five episodes before the network decided to take it off. Now they have some extra slots to fill, and “Constantine” is definitely the show with the broader appeal between the two, giving it a chance to find its way into the newly opened position.

It seems that the main actors from the show also have no idea whether or not the production will be continued, even though they are certainly hopeful. Matt Ryan, who plays the titular character, as well as Harold Perrineau who plays Manny, Constantine’s guardian angel, have been particularly eager to continue their work on the show and hopeful that the network will greenlight another season. 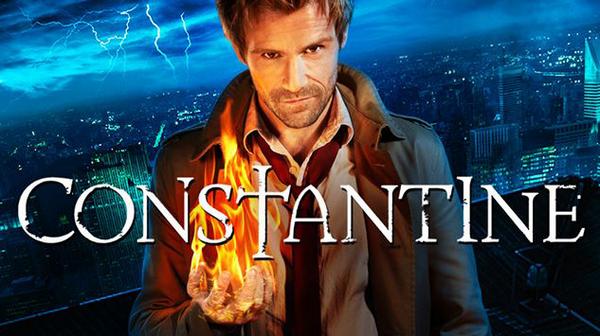 There is plenty of material for more seasons if the producers get a chance to continue their work, as the comics ran for a long time – in fact, they ended just two years ago, after a twenty-year run, so there should be a lot to work with. Hopefully, NBC realize the potential behind “Constantine”, and reach an acceptable middle ground with its producers where all issues with the show will be resolved. If it’s polished a bit more, it can definitely attract a lot more viewers.