HTC have recently confirmed their plans to release the Android 5.1 Lollipop update for the HTC One M8 in August this year, and the company is also aiming to get other devices in their line-up in touch with modern trends, such as the One M7, One Max and a few more. The new update will provide various improvements to the user experience, not just the ones developed by Google but also HTC’s own additions to the operating system such as their HTC Sense 7.0, the latest version of the system.

The company is currently developing the update and ironing out the final issues with it, and they are planning to get it ready in about two months. However, it should be noted that the August release date was only confirmed for the UK market so far, and we have no idea if the update is also coming to the US market at the same time. It’s possible that users may have to wait longer outside of the UK, but these are just rumors so far.

The HTC One M9 is also expected to get the update along with the rest of the company’s devices, as the phone is currently running Android 5.0, although it also has Sense 7.0 already installed. There have also been reports that most of the other models are pretty much done in terms of implementing the new Android update on them, so we should expect a complete rollout that covers the entire range of devices that the company has planned for at the same time.

What does HTC Sense 7.0 bring specifically? First, users can now update their special apps directly through the Play Store, and the company’s UI designers have decided to refine the home screen a bit, adding more space to the overall configuration and making the Notifications menu a bit more expansive.

Users can now rearrange the navigation controls at the bottom of the screen to their liking, a feature that some have been requesting for a while now. It seems like HTC have been paying a lot of attention to online discussions about their devices and operating system, as they have been implementing various ideas that originated as community suggestions. 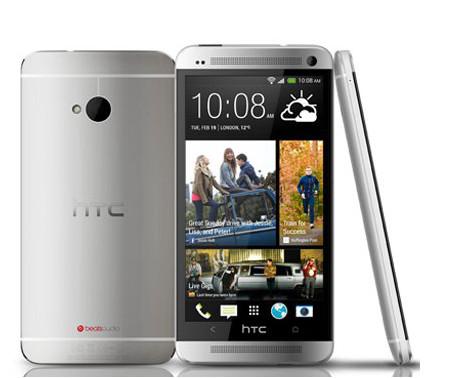 There are now better customization options as well, and the OS has been made much more flexible and easy to adapt to a user’s preferences in general. This is obviously an operating system that a user is supposed to be able to easily make “their own”, and a lot of effort has obviously gone into making it work this way, with the addition of HTC Themes for fonts, icons and navigation icon styles as well.