Some of the most recent rumors about the upcoming GoPro Hero 5 talked about the device’s resolution, claiming that it will be capable of recording 8K videos. That rumor was actually repeated by multiple sources, looking quite credible in the end – and it also makes sense in light of the way the company has been evolving the product too, so we definitely wouldn’t be surprised to see that it’s true. However, now we’re also hearing more interesting claims about the device which could potentially have bigger implications for its upcoming release.

According to the latest rumors, the new GoPro Hero 5 will actually support 3D video recording, which could dramatically improve the experience of using it for capturing extreme moments. Of course, that’s just a rumor so far, and details of the implementation remain unknown, but if it turns out to be true it’s going to be one of the most interesting features about the new camera.

The same rumor also repeats the claims about the resolution, putting it at 3840×2160, and the camera will also reportedly be able to record at 60 frames per second. Those features combined would make it the ideal sports camera, hands down, and it’s going to beat various other devices on the market by a large margin. Not that GoPro currently have much in the way of competition, but still.

We still don’t know when the device is coming to the market, however. Some reports put the release date in October, while others are claiming that it will have to face a delay and will be pushed back to 2016, though the month is not specified. That would be a pretty long wait given the previous rumors that we would be getting the device this fall season, so hopefully the company manages to resolve any problems they might have in their production, and release the new model on the market as soon as possible.

There is already a lot of anticipation building up over it, and many people want to get their hands on the camera and explore its new features, specifically its high resolution and smooth framerate. And now, with the extra news of 3D recording capabilities, interest has grown even more and everyone is very eager to check out the device. 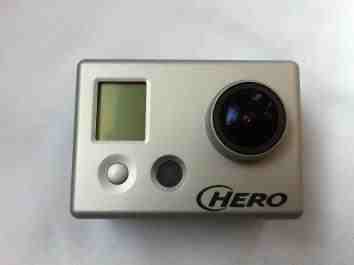 GoPro haven’t been saying much – or anything – about the upcoming camera on the official front, but that will probably change soon enough if the October release date rumors really are true. If not, then it might take a while before we start hearing official reports from the company.