Windows 10 is right around the corner, and the new version of the operating system comes with various improvements that should make it a better tool for power users, while also keeping it simple enough to be useful to the everyday user as well. However, making full use of the capabilities of Windows 10 takes some getting used to, and the operating system has its own unique quirks that have to be learned before a user can really get the most out of it.

Those who’ve been missing the start menu will be happy to see that it’s back, and Microsoft have even made it more useful than before. The company doesn’t want to give up on the idea of their “tiles” design, and they’ve combined the classic start menu with the start screen from Windows 8, resulting in a menu that can display live tiles and preview their contents periodically.

When used correctly, this feature can add a lot to the operating system, allowing the user to get a quick overview of everything important in one place, and giving them access to important controls for their applications as well. Customizing the start menu is important in order to get the most out of it though, but there are plenty of options available which should give everyone the ability to configure the menu exactly how they want it.

Cortana is now natively included in Windows 10 and she can offer a lot to those who want to keep their lives easily organized, but the assistant has to be set up before she can be properly used. There are just a few steps to go through before Cortana can be up and running, but afterwards she can contribute a lot to the user’s daily work.

She has the ability to search for relevant information, remind the user about events, and keep their schedule in check when they are planning something in the future. Cortana can also listen for the phrase “hey Cortana!” and activate her listening mode appropriately. This allows the user to request her assistance from anywhere in the operating system, without even having to touch any controls manually. 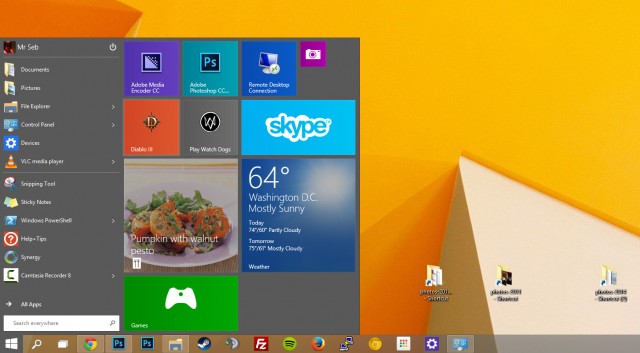 Continuum is also important to use if the user wants to get the most out of their Windows experience. It allows a mobile device connected to a computer to show a familiar desktop interface, giving a seamless transition between mobile and desktop devices. Microsoft are aiming to unify their users across their different devices, and this feature can be helpful for presentations and similar events.