Academy award winner, Viola Davis plays Annalise Keating, a law professor at an American university recruits four of her best students engaged in a real-life murder conspiracy will return for a new season this fall.

It would be more special this season because Viola Davis’ husband Julius Tennon joins the cast as a guest star which makes the ensemble a “family affair”.

As of the moment, there is no news yet on what or who he’s going to portray and no hints about his storyline. Although according to Deadline, he has so far been booked for only one episode.

It isn’t the first time that the couple appeared together onscreen. They were together on CBS’ Laws of Chance and in premiere movies like The Architect, Lila and Eve, and Custody. Onstage production, they were together in Intimate Apparel.

Tennon is the Co-President of the couple’s own production team JuVee Productions. The company is artist-driven and seeks to produce economical yet premium and character-driven stories with an emphasis on narratives from a diverse range of emerging and established voices. The couple will develop new projects for broadcast, cable and streaming services for ABC Studios and ABC Signature.

Another new arrival in suspense drama series is veteran actor Jimmy Smits. It was released that he was going to play a key major role as someone from Annalise’ past. Same with Tennon, his role is still under wraps but we can guess that as past mistakes come to haunt, this will not bode well for Annalise.

Three years ago, Shonda Rhimes (Grey’s Anatomy and Scandal) produced another exciting and thrilling TV series that everyone longed for, a murder mystery. Together with creator, Peter Nowalk and ABC Studios, they released How to Get Away with Murder (HTGAWM). The show received excellent reviews from the critics and is rated with an average of 89% on Rotten Tomatoes and 8.2 out of 10 on IMDb.

Each episode has at least 5 million viewers that are maintained throughout the whole three seasons. Based on this, it is safe to assume that the upcoming fourth season will most likely be a hit too. Or until it stays appealing, heart-stopping and intense, I suppose.

If you haven’t watched the third season yet, I am warning of spoilers ahead.

The fourth season will focus on the mystery surrounding the death of Wes Gibbons (Alfred Enoch). Burning questions were left unsaid by the end of Season 3. It includes why did Laurel’s (Karla Souza) dad, Jorge, (portrayed by award-winning actor, Esai Morales) ordered to kill his own daughter’s boyfriend Wes? 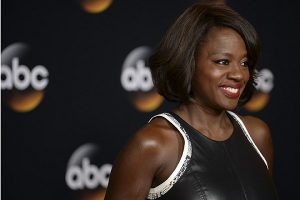 The whole crew still doesn’t know the killer yet which means they will have to untangle the mystery behind it. Dominic played by Nicholas Gonzalez was the killer of Wes but it was obvious in the finale that he and Laurel knew each other and go way back. Will Dominic spill to Laurel as past romance might be an issue?

We’ll all find out soon when the new wave of mystery and conspiracy premieres on Thursday, September 28 on ABC.