General Hospital has been on the television for many years. The American medical drama has millions of fans and from all age ranges as well. The show has been on so long that it is even listed in the Guinness World Records as the longest-running American soap opera. It is also noted as the third longest running drama in television history right behind Guiding Light and As The World Turns. Even with more than thirteen-thousand episodes, General Hospital drama is still very unpredictable.

The show is on television each weekday and that leaves plenty to talk about with your friends and co-workers. This week, everyone is wondering if Little Jake is as evil as he is being made out to be. Since Jake showed up in Port Charles, he has been a troubled person and the way this week ended, many are wondering if Jake is behind an accident involving Sam. The cliffhanger that ended the show on Friday has the internet talking, as expected.

What is also expected is the fact that many are jumping on the Jake hate train assuming that the troubled child they all know is behind the possible tragedy that is about to unfold. The main rumors include the fact that Jake is going to do something that will have Sam fighting for her life. Not that there are ever enough possible death situations in soap operas, but this one could be interesting if it does not play out the way the rumor has it.

ABC aired the previews for General Hospital and they do show Sam headed down the staircase to the basement. Jake is hiding under the stairs and that is why the rumor mill is pointed right at him. Of course, the shows writers have Jake sitting under the stairs, but the look on his face is as almost if he was not expecting her to fall. There is always good acting and if he was not behind the accident, then the acting was genuine and the show will move on. If he is behind the accident, then the internet word feels good about being right. 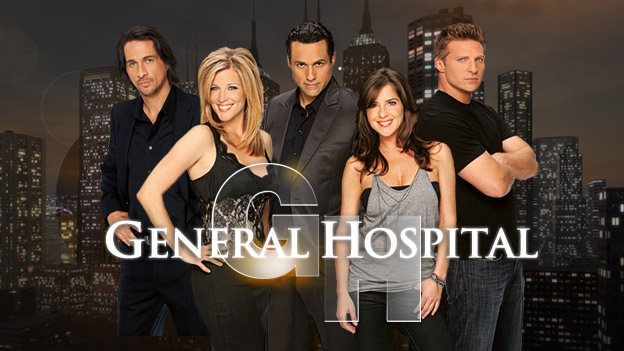 All fans of General Hospital known right now is that Jake did not push Sam down any stairs, as he was not anywhere near her at the top of them. That leaves another question that includes whether or not Jake was working with someone else. This could have just been an accident caused by something on the stairs or Sam’s love for wearing high heeled boots all the time. In the end, Sam is at the bottom of the steps and in no one pushed her, what is Jake up to under the stairs?