The third-person shooter video game “Gears of War 4” was released on the Xbox One and the PC by publisher Microsoft Studios on October 11.

That is why it came as a surprise to many gaming enthusiasts and critics that the game was included in the Black Friday offering of online retail giant Amazon and also US giant retail store Best Buy.

The physical copy of the “Gears of Wars 4” was being retailed for $35 for Xbox One gamers both on Amazon and Best Buy while the digital version of the game was made up for grabs on the Xbox Live for $36.

But in Best Buy, the retail giant made the discount offer on “Gears of War 4” along with the action-adventure platform video game “Recore,” reports the University Herald.

“Recore,” which is also being published by Microsoft Studios,” is being offered for $20 or exactly half of the game’s regular price of $40.

While many critics are wondering why “Gears of War 4” was given a discount for Black Friday, some believe that it is also meant to add hype to the game.

Based on the performance review of the new game, it is being compared to the Windows 10-only game that supports DX12 natively with seven video cards.

The review also tracked down which video card provides the best gaming experience at 4K, at 1440-pixel, and at 1080-pixel resolutions.

The game uses the Unreal Engine 4 that runs only in the DX12 API, wherein the player does not have the choice to use the game in DX11, thus making “Gears of War 4” actually less compatible with older PCs.

Incidentally, about three weeks after its release on the Xbox One and the PC, “Gears of War 4” received its first title update on November 1, which had a file size of 5GB.

The update came with a lot of gameplay fixes but very little performance improvements from its game developer The Coalition, details the iTech Post.

Some of the other updates for “Gears of War 4” for Xbox One and Windows 10 include team reviving that does not cause stacking skills and also addresses the issue of ammo crates not appearing in TacCom in Horde.

The bug was also fixed in relation to switching weapons at EMBAR. With the update, users no longer receive bounties when they kill meat shields.

Gaming critics are saying that “Gears of War 4” has made the franchise feel alive again after five years.

It can be recalled that “Gears of War 3” was released on the Xbox 360 and the PC in 2011 and it was the high-water mark for the series up to that point.

The game did not release on the Sony gaming platforms since it has Microsoft Studios for its game publisher.

But the franchise has lost its way since then as the game developer The Coalition seemed to have drifted away from game development with its then-owned studio, People Can Fly, doing a Gears side story that filled in story gaps that did not need filling at all. Worst, it offered gameplay twists that were occasionally interesting but superfluous nonetheless.

“Gears of War 4” seemed to have wakened up The Coalition from its obvious stupor. The game feels like a blend of old and new, capturing the characters and gameplay moments that made the series feel so impactful in the first place. 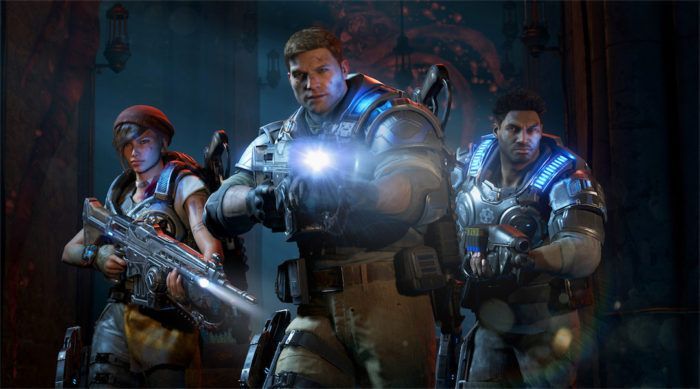 The game also advances a new set of characters along with a new and very good story, as well as a multiplayer option that gamers would really have to have in a third-person shooter video game.

“Gears of War 4” might not have reinvented the franchise, but it made terrific headway to make the franchise feel alive again after five years. Likewise, gamers and critics felt more compelled to want more from the franchise and the team behind it in the not-so-distant future.