HBO has confirmed on August 1 that actor Ian McShane will join the cast of the hit TV series “Game of Thrones” for its Season 6 to air in the spring of next year.

While there are still no details about the role of the 72-year-old British actor, speculations are rife that he will likely be taking on the role of Randyll Tarly, the father of Samwell Tarly.

Sam, played by John Bradley, is a brother of the Night Watch and is a close friend of Jon Snow. In Season 5, Stannis Baratheon, played by Stephen Dillane, was talking to Sam at Castle Black when he learned of his surname as Tarly. He told Sam that his father was one of the greatest soldiers in Westeros and the only man who ever defeated Robert Baratheon, details the International Business Times.

In Season 1, Sam said that he was forced to go to the Night Watch by his father, but he did not mention anything about his old man. Gilly eventually noticed that Sam was highborn and not lowborn just like most of them and many of the brothers in the Night Watch.

Randyll Tarly in the books

In the books of George R.R. Martin for the fantasy novel series “A Song of Ice and Fire,” Randyll is supportive of House Tyrell.

If fans can recall in Season 5, House Tyrell could certainly use a warrior like Randyll because Margaery, played by Natalie Dormer, and her brother Loras, played by Finn Jones, are imprisoned by the High Sparrow, played by Jonathan Pryce.

Towards the finale of Season 5, the High Sparrow has freed Cersei, played by Lena Heady after admitting and repenting for her crimes.

If the TV series will follow the books, Randyll will help Mace Tyrell, played by Diana Riggs, free his children and also gets a seat at King Tommen’s council due to Cersei’s uncle, Kevan Lannister, played by Ian Gelder.

McShane is known for portraying the roles of villains, bad guys, scoundrels, and thieves on-screen. He can be seen in the current third season of the TV series “Ray Donovan.” He will be seen next as a corrupt judge in “Bolden” and opposite Patrick Wilson in “The Man on Carrion Road.” He was also part of “Deadwood,” and “American Horror Story: Asylum,” the horror anthology’s second season, notes a CNN report.

Among his film credits include “Pirates of the Caribbean: On Stranger Tides,” “Hercules,” “Cuban Fury,” “Jack and the Giant Slayer,” and “Snow White and the Huntsman.”

Michael Lombardo, HBO programming president, also revealed on July 30 that the network is eyeing at least eight seasons for “Game of Thrones.”

During the Television Critics Association press tour, Lombardo was quoted as saying that seven seasons and out for “Game of Thrones” has never been the conversation. He added that the question is how much beyond seven seasons are they going to do.

Season 6 of the very successful and popular HBO TV series is now in production and the fans of the show worldwide have been in the lookout for all the possible spoilers they can get from both the cast and the production staff.

One of the highlights of the series finale of Season 5 was when Jon Snow was brutally stabbed by his brothers in the Night Watch and he was left lying in the snow as if his life was passing before his very eyes as the show draws to a close.

The biggest question for the fans is whether Jon Snow would still manage to survive the ordeal. Two episodes back, he was also cheating death as he was battling the rampaging white walkers overrunning the wildings camp at Hardhome. He was able to survive the onslaught as he and some wildings were able to escape Hardhome onboard boats as they head back to Castle Black.

Some of the avid fans of the show believes that Jon Snow will be able to survive his ordeal as it was shown in the series finale that Melisandre, the Red Woman in the camp of Stanis Baratheon, went back to Castle Black after Stanis and his troops were defeated and killed by Ramsay Bolton and his men before they can even attack Winterfell. 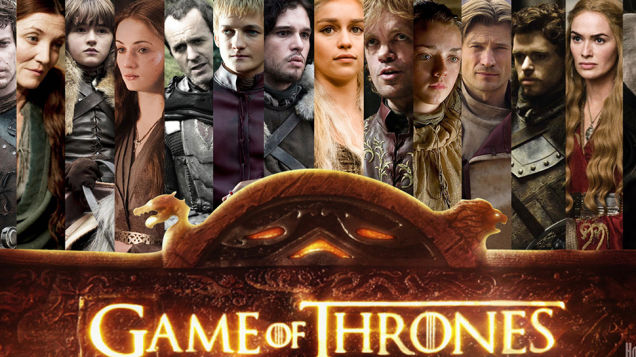 However, as far as the cast and production staffs are concerned, they have been publicly stating that it’s all over for Jon Snow. It is no secret that the series is not hesitant to kill off its major characters since Season 1.