From a previously announced release date of October 2016, one of the most highly-anticipated horror titles of all time shall be coming to the Xbox One, the PlayStation 4, and the PC early this year instead.

A survival horror video game developed by Gun Media and IllFonic and published by Gun Media, “Friday the 13th: The Game” is based on the horror film franchise of the same title owned by New Line Cinema.

What is heightening the excitement on the coming of the game is the opportunity for gamers to take on the role of Jason Voorhees as he unleashed and stalk the grounds of Camp Crystal Lake, the original setting of the very first “Friday the 13th” movie released in the late 70s.

Jason is the hockey mask-wearing psychopath who has murdered his way through Camp Crystal Lake and the subsequent movies of the film franchise.

In addition to playing as Jason Voorhees, gamers can also take on the role of the seven hunted Camp Crystal Lake counselors.

Although Jason Voorhees can be an immensely daunting and seemingly unstoppable task for the seven counselors, he is able to be brought down with an epic win condition, notes Cinema Blend.

While it would be difficult to defeat Jason as he is like the big boss common in most video games, defeating him would require some teamwork and also a bit of ingenuity.

But the gamers will be given tools and opportunities to realize the biggest win in horror gaming.

Critics say that the sense of relief at the end for gamers, knowing that they stopped the biggest and worst killer in the world is not something to take lightly.

Both the developer and the publisher is hoping that “Friday the 13th: The Game” gives every gamer a proud gaming moment once he or she is able to defeat Jason, one which is really worth sharing and boasting to the world about.

But then, the victory charade will be short as Jason, just like in the horror film franchise, will always find a way to come back and give the gamers another round of good scare.

Reports seem consistent in saying that the game might come out early this year following the release of the game’s official beta on the PC during the holidays, reports the Steam Community.

The friends and family beta of “Friday the 13th: The Game” was officially released on December 16 to 19, while the pre-order for the closed beta came on December 20 to 23.

Early last year, the first teaser of “Friday the 13th: The Game” was released following its official announcement. Subsequently, the multiplayer third-person shooter horror video game, which is to be powered by Unreal Engine 4, started collecting funds on Kickstarter.

The Kickstarter campaign’s initial goal for “Friday the 13th: The Game” is $700,000. If the goal was achieved, the developer is going to expand the game in several ways.

In order to heighten the excitement of the game, the development team also added single-player scenarios based on the films.

They also added Tommy Jarvis, the protagonist for three movies in the series, as a guide for players. Other stretch goals were announced as the fundraising campaign got close into its target. 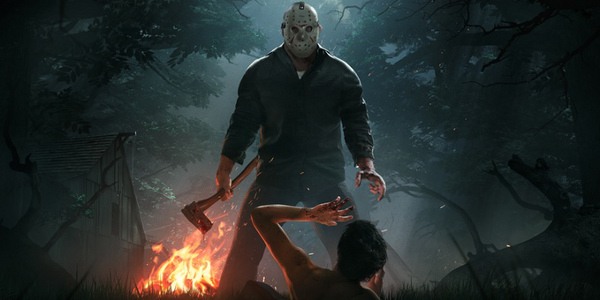 At the end of each match, the highlights will be cut together into an 80s-style movie trailer. Players can then share them with the world, which is a subtle way of encouraging players to either slay counselors or Jason in creative ways.

Creative gameplay also results in bigger rewards for the progression system. Players will be able to unlock new character models for Jason along with new camp counselors.

Developer Gun Media says there are going to be plenty of other unlocks planned as well. It previously produced strategy game “Breach & Clear.”