As the season 3 of this ABC comedy just ended, the fans were worried if it will get renewed.

Well, it looks like the Huang family won’t be going away permanently. Even though the season 3 of Fresh off the Boat just ended, ABC already announced it will be renewed for another season.

Season 3 finale featured singer-songwriter Michael Bolton, who came and made a huge investment in Huang family’s business. In this episode, we also got to see the family becoming instantly wealthy, and their swift realization that this situation is very different from what they had been dreaming of for all those years.

Even though the third season (as amusing as it was) brought in lower viewer ratings (12 percent lower than in season 2), it continues to perform well enough for ABC to give it a season four.

Now, we will have to wait until fall to see how their story continues when Fresh off the Boat is coming back for season 4, according to ABC’s announcement.

The show’s female lead, Constance Wu echoed this announcement on Twitter, stating that the show has been renewed. She wrote “Congrats to @FreshOffABC cast & crew on being picked up for season 4! See y’all in fall!”

The only problem is, that announcements haven’t been particularly clear about this – will the show return in fall, or will the filming start in fall?

Anyhow, for those who never watched, this show is based on a bestselling memoir of chef and restaurateur Eddie Huang. The story we are following takes place in the 90’s and is centered on a Taiwanese family who decided to move from Chinatown in Washington, D.C. to Orlando, Florida. The parents Louis and Jessica Huang (played by Randall Park and Constance Wu) own a steak restaurant by the name of Cattleman’s Ranch.

Out protagonists have three kids – Eddie (Hudson Yang), Evan (Ian Chen), and Emery (Forrest Wheeler). Child stars playing the roles of these brothers recently had an interview in which they talked about this show’s unexpected success. We think that what helped Fresh of the Boat to really stand out are exactly its smallest cast members. Their one-of-a-kind brand of youthful maturity, as well as their impressively precise comedic timing, are what makes them such delightful and crucial players in this show’s amazing cast.

Interestingly, this show was reportedly declared a part of Asian Pacific American Heritage Month by the Los Angeles City Council, and no wonder this is so, as this show is the first one to feature an all Asian-American cast in 20 years.

Besides, it is relatable, not only for those who have Asian heritage, but to every family that is growing and fighting for its place under the sun in culturally different surroundings.

And it is fascinating how this show achieves to remain humorous while still being incredibly true. It focuses on important and serious matters, from battling the feeling of rootlessness while being away from your families’ true home country, over the cultural shock to holiday angst and child-raising issues.

The cast and the crew seem to be the perfect fit, as nothing yet leaked of the future plot, no matter how hard we tried to get some information. 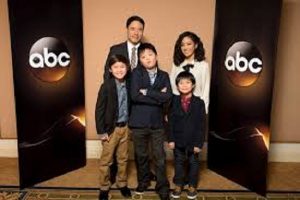 From little info we did manage to gather, the show will remain faithful to its fish-out-of-water idea. It will go back to its roots, so the new season should be kind of similar to the pilot when they moved to the white suburbs in Orlando, they didn’t understand the culture around them, they didn’t look like the people surrounding them – the upcoming season should be an interesting way to do the flip side of that.

At the moment when ABC is canceling many of their shows like “Last Man Standing”, “American Crime”, “Imaginary Mary”, “The Real O’Neals”, “The Catch”, “Secrets and Lies”, “Dr. Ken”, “Time After Time, “Notorious” and “Conviction” it’s great to hear that some of the fan favorites are getting renewals. Next to “Fresh off the Boat” a new season is in store for “Once Upon A Time”, “The Goldbergs”, “Grey’s Anatomy”, “American Housewife”, “Modern Family”, “Black-ish”, “The Middle”, as well as “How to Get Away With Murder” and “Scandal”.

Whenever a big network decides to clean up the mess, we wonder if they will drop a show that we love. Luckily, that didn’t happen this time, and we are more than happy to bring the good news to you.

If you still haven’t seen this show – you have a chance to catch up before the new season begins, and if you have seen it, tell us in the comments what do you think is next for the Huang family?