Forza Horizon 3 is the first PC racing game to be sold by Microsoft in 16 years, and everyone’s excited! The last retail PC racer by Microsoft was Motocross Madness 2 back in 2000. Moreover, this year’s Forza Motorsport 6 apex doesn’t count since it was more like an experimental freebie.

It was a surprising and amazing release, and pretty decent in performance too. Releasing Apex for PC was easier compared to Forza Horizon 3 since players were forced to stay on specific racetracks and various other on-screen elements like geometry and draw-distance were limited, at any given point.

Meanwhile, Forza Horizon 3 is not just an open-world game. The game is an amazing romp which begs players to engage in trails of dust, tree branches and water droplets while competing against many AI-controlled opponents in complete no-rail races.

As directed by the Xbox Play Anywhere initiative, buying a digital copy of the game ensures that you can play it on any platform. It means to rejoice and merriment for PC gamers since they can expect much better performance on their latest hardware, compared to Xbox One. Arstechnica tested this game on PC, and the results were pretty amazing.

After using the dynamic rendering system, frame-rate landed somewhere between the 40s and 50s. After changing it to medium, while playing in 4K resolution, 60fps was received with occasional hitches and dips.

However, with the resolution lowered to 1440p and dynamic high-quality setting, the game was smoothly playable at rich 60-frames per second. Forza Horizon 3 has a map of Australia filled with dozens of carefully plotted courses.

Players can trigger these courses by driving near them, provided that they have been unlocked with the popularity point system used in the game.

The open-world setting is reset when starting a race and introduces a line-up of offline; AI controlled racers along with a lot of markers through which players have to drive through. This is the way in which the game creates courses where no obvious roads can exist.

In some of these courses, players can go through city streets while in others; cars have to go through farmlands and deserts. Water’s Way is situated in a boggy jungle-type environment and contains dirt roads.

In some situations, game performance would fall to 30fps when a car blazed through water and generated a lot of splash-particle effects but in other cases, the system would remain more-or-less unfazed.

A stutter can be experienced when turning the camera around in the middle of race, to look at one’s opponent. However, in most cases, it didn’t matter. According to Arstechnica, no matter how many times visual settings are tuned, the frame-rate took a hit whenever off-road trucks were seen ahead of the reviewer’s truck. 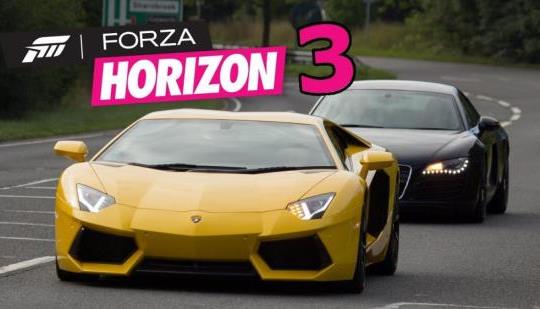 Meanwhile, the game offers a diverse set of characters that are playable. Ever since its inception, racing in video games, featured a linear experience with cars blazing through tracks with invisible and impenetrable barriers. Forza Horizon 3 takes a different route.

It follows a path that has been mainly chartered by the likes of other games like 2008’s Burnout Paradise. Like other traditional racing games, players will find paved roads in this game, with the starting and ending points connected with glowing lines but directions often act as recommendations.