Because filming for “Fifty Shades Darker” is almost through, sources from the set have been sharing photos that seem to show actor Jamie Dornan, who plays Christian Grey, and Dakota Johnson, who plays Anastasia Steele, already as a married couple.

Those scenes showing Christian and Ana in different parts of their apartment as a newly-married couple are already part of the script of “Fifty Shades Freed,” reports Yibada.

The scenes are being shot in Vancouver, Canada but the film shall reportedly wrap up filming next month in Paris, France.

A steamy scene in the kitchen

There is also a scene in “Fifty Shades Freed” showing a pregnant Anastasia cooking a meal for her husband. But the next set of photos showed that Christian seemingly not interested in what she would serve but on something else.

Apparently, it was part of a steamy kitchen scene in the movie after tying the knot and living on the same roof, notes Game & Guide.

In fact, because of such steamy scenes, there were rumors coming out subsequently saying that Jamie Dornan’s wife Amelia Warner has forced her husband to quit the filming of the two movies.

But the rumors sound ridiculous as it is since filming for “Fifty Shades Darker” is already done with and production of “Fifty Shades Freed” shall also be wrapping up next month. And besides, Jamie Dornan is reportedly making millions of money on the two movies so his wife should have no qualms about it.

The speculations seem exaggerated considering that the $1.5 million is just a bonus, which means that it is to be given on top of the actual paycheck of the Irish actor for “Fifty Shades Darker.” 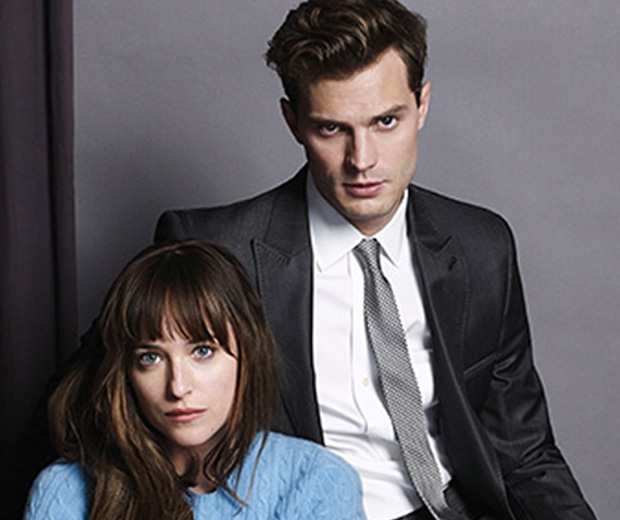 It can be recalled that Dornan and his co-star Dakota Johnson each received $250,000 paycheck for “Fifty Shades of Grey.”

And because the movie made more than $500 million when it was shown in February 2015, it was already expected that they would get a pay raise to the tune of millions. If $1.5 million is to be just a bonus for Jamie Dornan should he decides to do full-frontal nudity, then he must be getting not lower than $5 million for the upcoming sequel, and so is Dakota.

Reports also have it that the producers are determined to convince Dornan to do a lot of nude scenes and they can offer more if he agrees.