Crucible matches in “Destiny” are going to become more rewarding for those who participate in them soon, according to recently released news about the game. This will be done partly in anticipation of the release of the “House of Wolves” expansion, which arrives on May 19. The game is currently undergoing various changes that are supposed to set the stage for the upcoming new content, and currently the preparation is going great.

Among other changes that will be introduced in the patch, players will now have a chance of winning Legendary items from a Crucible match, and they’ll also earn two times as much Reputation and Marks once a match finishes. A reward package will additionally be provided the first time a player finishes a daily feature Crucible activity, with Bungie hoping to encourage players to stay in a match until the end, rather than leaving as soon as they sense that things are going bad for their side.

Other changes in the upcoming update will be focused on Iron Banner, where spawn locking will be addressed. A new type of currency will be introduced as well – Etheric Light – which gives players the option to upgrade a Legendary or Exotic weapon to a new damage cap of 365, allowing players to remain relevant with their older weapons as new equipment is introduced with the release of “House of Wolves”.

Some levels from “The Dark Below”, the previous expansion pack for the game, will also be made available to all players, available through “select playlists” which haven’t been announced so far. It’s good to see that the company is willing to make older content available for free as they’re pushing out new updates to the game, and players will surely appreciate getting to play around with the new maps. 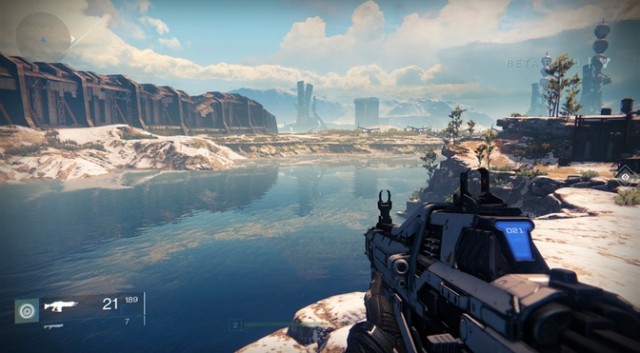 In particular, the three levels that will be unlocked are “Pantheon”, “Skyshock” and “The Cauldron”. There have been rumors that Bungie are also planning to surprise their players with even more free content, but the studio hasn’t said anything about that yet. Of course, knowing Bungie, it’s entirely possible that this is true and they’re just keeping quiet in order to surprise their players.