After its riveting eighth episode titled “Awake” on November 18, Season 11 of the American police procedural drama TV series “Criminal Minds” went into a week of airing break and will be back on CBS on December 2 for its ninth episode titled “Internal Affairs.”

Episode 9 of “Criminal Minds” is the penultimate episode of the TV series and its mid-season finale will air one week later. The show will take its customary Holiday break after and will be back on the air for its 11th episode on January 13, 2016.

Based on the synopsis, episode 9 will see Supervisory Special Agent Aaron Hotch, played by Thomas Gibson, and the Behavioural Analysis Unit (BAU being sought out by the National Security Agency (NSA) to investigate and go after an underground cyber-drug ring.

The NSA came to the picture when one of two Drug Enforcement Agency (DEA) agents working undercover was killed and the other one went missing.

Hotch agreed to collaborate with the NSA on the case as he thinks that the agency can also help them in their ongoing investigation on the group of hitmen known as ‘The Dirty Dozen.’

In episode 8, it can be recalled that Technical Analyst Penelope Garcia, played by Kirsten Vangsness, has been working on trying to find out the identities of ‘The Dirty Dozen’ which she succeeded.

As a result, four hitmen from the group went after her because they obviously want to silence her on the identities of ‘The Dirty Dozen’ and Garcia had no other recourse but to enter the government’s Witness Protection Program.

With Garcia’s safety already compromised, the BAU must work together to find the group of hitmen and break them apart as soon as possible. Hotch believes that the NSA can help them out and provide them some clues about ‘The Dirty Dozen,’ details Design & Trend.

The BAU has been struggling to keep up with the work of ‘The Dirty Dozen,’ which have made their presence felt since the beginning of Season 11.

They continue to terrorize the city, but the Christian Today thinks that the days of ‘The Dirty Dozen’ are coming to an end because the story arc is close to wrapping up.

The outlet based its assumption on the recent statement of showrunner Erica Messer who said that the mid-season finale to air on December 9 will tie everything up about the group of hitmen.

Significant focus on the group

It can be recalled that at the start of Season 11 of “Criminal Minds” Messer also revealed that the season will give a pretty significant focus on ‘The Dirty Dozen.’

Given how “Criminal Minds” works out its every episode, there is always a closure at the end. So when fans learned about ‘The Dirty Dozen’ plot, they thought that it will just be a few appearances for the group of hitmen in a couple of episodes. 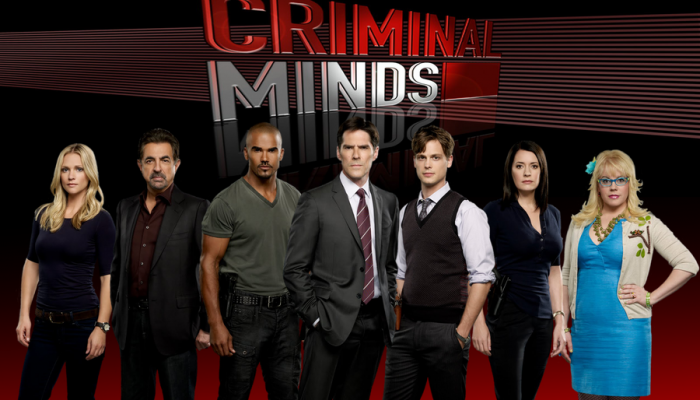 However, it turns out that ‘The Dirty Dozen’ have had an extremely regular presence in Season 11 of “Criminal Minds” and the TV series has become somewhat serialized for the first time during its 11-year run, though in a very good and impressive way.

Accordingly, ‘The Dirty Dozen’ will be at the center again in the next few episodes leading all the way to the show’s mid-season finale.

What’s good about the winter finale to air on December 9 and titled “Future Perfect” is the fact that it is going to be a three-hour episode and accordingly, much of it would be about ‘The Dirty Dozen’ story.