Phil Brooks, better known as CM Punk in World Wrestling Entertainment (WWE), says his move from the WWE to UFC is not about the money.

But when asked by what appears to be a drunk fan whether his decision to move out of WWE was because he had contentious issue with the management, CM Punk answered it in jest by saying that such would be a foolish reason to go into the Octagon for people who could actually kill him, reports MMA Junkie.

His response, just like to the few more he made on some questions made during the UFC Q&A session held in Las Veagas on January 3, 2015 prior to the official weigh-in for UFC 182, drew several rounds of laughter from the appreciative crowd.

CM Punk was in his entertaining self throughout the session, that no UFC fighter has been able to do or at least tried to do in the past. Often, fighters try to look mean and tough during Q&As, to project that they shall carry their toughness and grit onto the Octagon.

But CM Punk was enjoying himself obviously. He still had traces of the WWE theatrics in him during the Q&A session. He was drawing on the crowd and was quite successful with it. He has not been into a single MMA match just yet and that is probably the reason why he can still make fun of himself and his chances of making good in the sport.

If and when he does, then CM Punk would then understand how being mean and tough all the time is important for MMA fighters, others believe.

CM Punk says that his first fight with the UFC will be part of a pay-per-view event. But he does not see himself getting ahead of the line with anybody, just because he is popular in the WWE and also because of his global recognition from sports fans, according to MMA Fighting.

He added that he’s not getting any title shot soon but has to work his way to the top before he gets a crack at it. And while doing so, he gets to earn money on the side but that is not his whole idea of deciding to transfer to the UFC.

CM Punk seems intent of also making a name in the sports, and by that he means to become victorious in most of his matches.

He says that joining the UFC is not a one-and-done thing for him. He wants to become good in the sports and be with among the best. 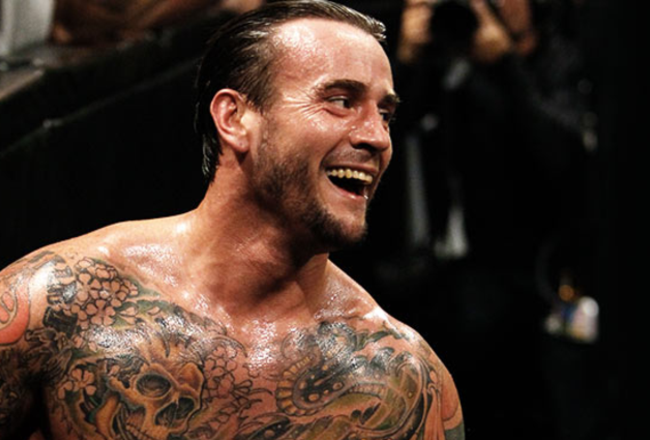 During the Q&A session, he also showed that he has lost some weight as a result of his regular training at Roufusport.

UFC fans are already very eager to see Phil Brooks or CM Punk on his first fight at the Octagon and find out for themselves what kind of stuff he is really made of.