With the two popular DC superhero characters Batman and Superman at the focal point of the upcoming movie “Batman vs. Superman: Dawn of Justice,” reports have it that the three of the four other superheroes in the movie will just be making cameo appearances.

The exception will be Gal Gadot’s Wonder Woman, who shall have more screen time considering that she will also have her stand-alone film next year.

But accordingly, The Flash, Cyborg, and Aquaman will just be playing sort of guest appearances in the movie. The film is overwhelming enough with Batman and Superman so having too many superheroes on it, the others would have to take a backseat as far as the movie’s screen time is concerned.

While previous reports were indicating that Ezra Miller’s The Flash will speed into the movie by foiling a crime, latest reports now indicate that the Scarlet Speedster will spring into action and appear in one of the nightmares of Bruce Wayne.

The Flash shall reportedly appear in Bruce Wayne’s nightmare to deliver a cryptic message or a sort of warning of the portent of things to come, cites Cinema Blend.

Director Zack Snyder did not confirm the reports on The Flash in his most recent interview but he said that they had such a straightforward narrative that he wanted the other layer of the movie to be complicated and bizarre.

The appearance of The Flash on Bruce Wayne’s nightmare shall only intensify Batman’s paranoia towards Superman, and thus leading to the conflict and eventual showdown of the two superheroes.

Bruce Wayne’s nightmare with The Flash on it will just be one of the several dreams of dangers to come for both Batman and Superman. Snyder describes The Flash’s appearance as a giant Easter Egg in the movie which he hopes will get fans speculating online.

Of course, every DC fan knows that The Flash will officially join the formation of the Justice League and thus will have a meatier part and more screen time in the upcoming DC superhero ensemble movie “Justice League: Part One” to be shown in the second half of next year.

Eventually, The Flash will also have his stand-alone film in 2018 before teaming up again with the DC superheroes in “Justice League: Part Two” to be shown in 2019.

Jena Malone not appearing in the film version

It has been reported that Jena Malone will be part of the cast of “Batman vs. Superman: Dawn of Justice” and the rumors early last year were saying that she would be the female Robin.

While the young actress did take part in the filming and was in fact spotted in the Atlanta set during the early production phase, latest reports now indicate that Jena Malone’s screen space in the movie has been cut.

It was actually Director Zack Snyder who confirmed the non-inclusion of Jena Malone’s parts when the movie hits global theaters on March 25.

Snyder said that the movie was already more than three hours long so he had to cut one of the characters from the final cut of the movie. Unfortunately, he chose Jena Malone’s parts.

But the good news is that the extended release of “Batman vs. Superman: Dawn of Justice,” shall already feature Jena Malone’s parts. While nobody knows what part she is taking on in the movie other than the female Robin, the other set of rumors also says that she will be taking on the role of Barbara Gordon, the daughter of Gotham Police Commissioner Jim Gordon, or Carrie Kelly, details the Den of Geek.

What has been hinted before is that Malone’s role in the movie is reportedly a key one and it is implied that her appearances will have future ramifications for the DC movie universe. 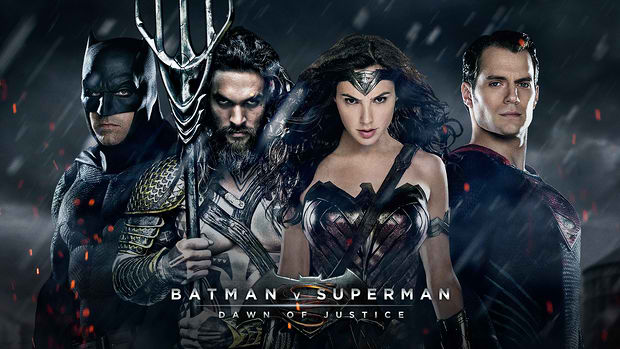 While the previous trailers and teasers on “Batman vs. Superman: Dawn of Justice” was centered primarily on the tiff between Superman, played by Henry Cavill, and Batman, played by Ben Affleck, there is actually a bigger battle towards the latter part of the movie.

And it is not going to be Superman and Batman versus Lex Luthor but the Justice League versus powerful Krypton creature Doomsday. That seems to be the big secret of the movie as it does not want to spoil everything by leaving some sort of a surprise to viewers towards the penultimate part of the film.