Plus-sized modelling is often being viewed as second fiddle, if not inferior, with what people have been accustomed to seeing in terms of sizes of female models. But Ashley Graham seems to be working on changing that perception with her ever confident modelling stride and naturally beautiful looks.

Born in Lincoln, Nebraska, Ashley’s vital statistics measure 38-40-46. Standing at five feet nine inches with her long and flowing dark brown hair, she has a shoe size of 10 inches.

Before appearing on the Curves in Bikinis ad in Sports Illustrated, the 28-year-old plus-sized model is best known as a lingerie model for the plus-sized clothing store Lane Bryant.

Ashley’s exposure in the Sports Illustrated’s annual swimsuit issue that came out on February 9, 2015 was groundbreaking and history-making. It was the first time for the publication to feature in an ad a plus-sized model, details USA Today.

The ad featured Ashley in a black string bikini striding along a pool area as three gentlemen get awed by her curvaceous body and good looks.

Apparently, the ad is part of the “You’ve Got It. Flaunt It” tagline of the Swim Sexy’s swimsuitsforall campaign. The online retailer’s bikini line range from sizes 10 to 34.

The plus-sized model added that she wants every woman to know that their curves are sexy too regardless of their sizes. She said that being big is no reason to hide but to flaunt it at every chance they can get. She also cites that the world is ready for more curves in bikinis.

Ashley began modelling at a young age of 12. She has previously appeared on the cover of Elle Quebec magazine of Canada as well as other fashion magazines including Vogue, Harper’s Bazaar, Glamour, and Latino.

She has likewise appeared in several of Levi’s jean campaigns. The American model, who is married to videographer Justin Earvin since 2010, has made appearances in various TV talk shows including the “Tonight Show with Jay Leno,” “Entertainment Tonight,” and “CBS News.” 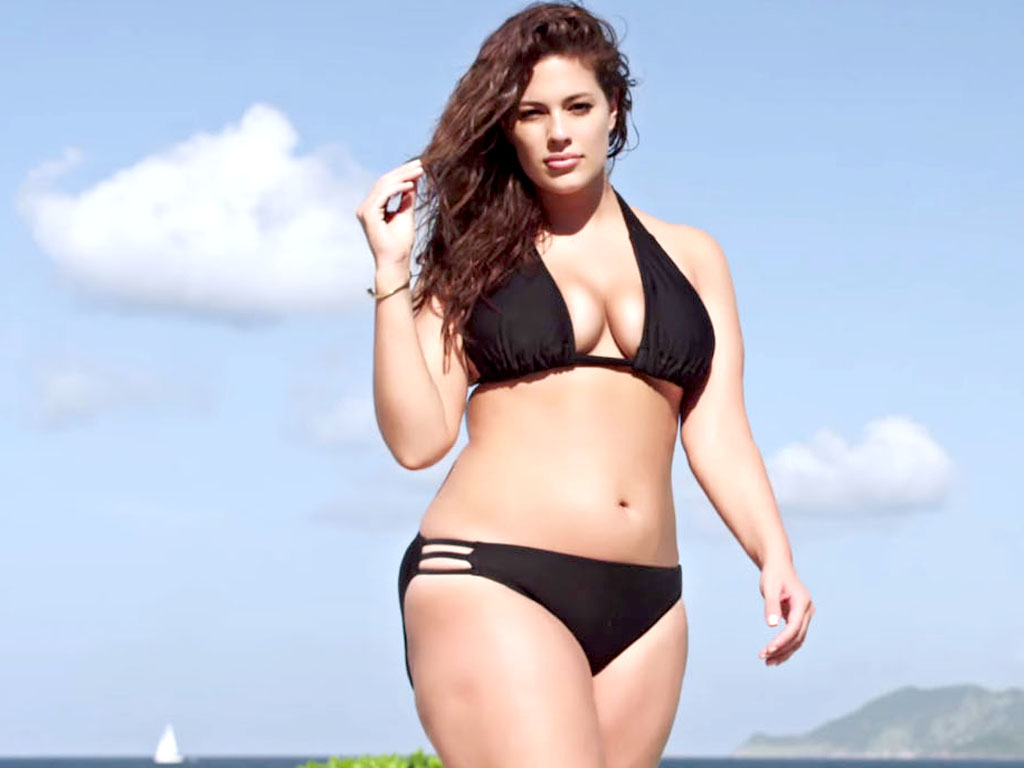 Her posing for the swimsuitsforall campaign also generated positive reviews among fans in the social media. One fan comment on the Facebook page of the campaign noted that Ashley Graham is a real woman’s body. And that she is the kind of model who is not promoting stick-figure bodies. A male fan also said that she’s really a gorgeous and good-looking woman.