Google is now rushing the rollout of Android 5.1 Lollipop to Android devices especially with its recent announcement that Android M, its upcoming mobile operating system, would soon be arriving in the third quarter of this year.

In addition to the Android 5.1 Lollipop, the American multinational technology company is also hastening the release of the latest and most likely the last firmware update Android 5.1.1 Lollipop on other more advanced Android devices in order to free its plate from any other mobile OS.

With the exception of the Motorola Moto G2, which went straight to Android 5.0.2 Lollipop from Android 4.4 KitKat for its mobile operating system update, the rest were actually among the first ones to take on the Android 5.0 Lollipop when Google released it in November last year.

The Android 5.1 Lollipop updates on the Motorola Moto smartphones also include native support for more than one SIM-card that works well for mobile phones with dual-SIM card slots.

Since the updates will come over-the-air (OTA), owners of these Motorola Moto smartphones should regularly check the settings of their handsets to see if the system updates are already available for download.

While Motorola has yet to come out with an official statement or an announcement that it is now working on the development of the successor of the Motorola Moto G2, it seems likely that the American tech company is really busy on it.

As the new variant basically retained its key features and its affordable price, the upgraded Motorola Moto G2 certainly attracted more buyers, according to the Day Herald.

The upgraded variant of the Motorola Moto G2 also comes with a much-improved camera and a larger screen that makes it a worthwhile update from its previous edition. 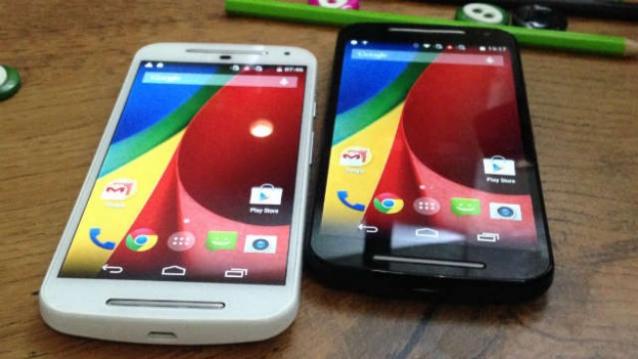 It’s not a groundbreaking update compared to its first edition and less comfortable to hold too but the fact that its bigger means that users get to have their money’s worth physically.