Before its official launching on November 12, 2014, Google has been drumbeating and proclaiming to the world’s tech communities that the Android 5.0 Lollipop will be one of the biggest upgrades to Android yet.

Apart from its so-called ‘material design,’ the Lollipop completely changes the smartphone and tablet interface with more fluid animations and a cleaner aesthetic appearance.

The latest mobile operating system has been developed to make the Android experience seamless across devices including smartphones, tablets, and next generation TV sets, Google was telling the whole world.

Everybody who have already gotten a taste of the Lollipop were already relishing the operating system’s new operational features, improvements, ‘material design,’ not to mention its occasional bugs and glitches.

In addition to the standard swipe to unlock security feature for smartphones and tablets using the usual pattern, PIN, or password, the official build of Android 5.0 Lollipop features three new smart lock options including the Trusted face, the Trusted places, and the Trusted devices.

• Trusted face – No longer new as Google has already introduced this with the Android 4.0 Ice Cream Sandwich as the Face Unlock feature. This smart lock option uses the face of the owner to unlock the device. The problem with the early versions of this security feature is that even just a picture of the owner will be sufficient to unlock the device. With the Trusted face feature in the Lollipop, there is an element of liveliness needed to unlock the Android device. The owner must not just show his face on the screen, he also needs to blink for the device to completely recognize him and unlock it.

• Trusted places – To be able to activate this smart lock option, the GPS of the Android device must be turned on. The device owner can select the usual places where he operates the device, normally in the home or the office. He can add other places where his device can be operated too, provided the GPS is on. So every time he is on his trusted places, the device unlocks automatically. This protects the device from theft too since it will automatically lock and becomes useless and inoperable when it is taken outside of its trusted places. 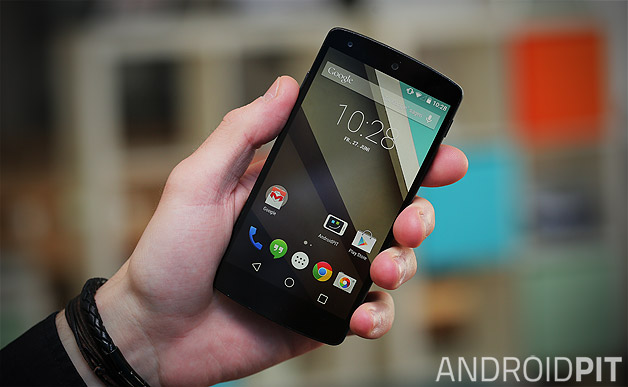 • Trusted devices – The easiest among the three new smart lock options to unlock an Android device. The user just needs to either connect a Bluetooth device or scan an NFC tag, provided of course these interfaces are trusted by the user, and the device would be automatically unlock. But pairing a Bluetooth device to the Android device still needs clearance from the system through the usual prompt giving the user an option to accredit or recognize it as a trusted device.