It has been half a decade since Capcom made a Marvel vs. Capcom game. However, Ultimate Marvel vs. Capcom 3 is still okay in the fighting game scene according to the fans at the EVO 2017 tournament lineup, but at the moment, people are looking for something new.

Earlier this year, Capcom announced that we would finally get something this year. It could be the next game in the series Marvel vs. Capcom: Infinite. The game will be coming to PC, PS4 and Xbox One. Right now, the details are scarce, but everything we have heard about the game so far is quite brilliant. Now, there is one question that is plaguing everyone’s mind.

Who is in the game? Every time, the roster is a major point of speculation and causes a lot of excitement among fighting game fans. However, it is especially quite a big deal among the fans since the mixing and matching of characters from two different universes, is where the fun lies. Capcom has only shown six different characters from the game.

From Marvel, we have Captain Marvel, Iron Man and Captain America and from Capcom, we have Mega Man X, Ryu, and Morrigan (Darkstalkers). When Marvel vs. Capcom: Infinite was announced at the PlayStation Experience event back in 2016 December, four characters were revealed: Iron Man, Ryu, Mega Man X and Captain Marvel. It was a mix up of solid characters and veterans.

In the series, Captain Marvel is a totally new addition. Shortly after the initial reveal during the 2016 Capcom Cup, the first gameplay trailer was released. It showcased the return of Morrigan and Captain America series staples of “Vs.”

The roster remains mysterious beyond the first few. According to the speculations, the game will introduce some characters from the Marvel Cinematic Universe. This could mean potential appearances by characters who are new, like Guardian of the Galaxy’s Groot. During an interview with Game Informer, Bill Rosemann, the creative director said that Capcom is taking a forward-thinking stance with the Infinite characters.

Fans believe that this will lead to a Marvel Roster which comprises of characters taken from the Marvel Cinematic Universe. However, this concept has given rise to many concerns. It is said that Fantastic Four and X-Men characters might not make the cut. This is because Marvel does not own the film rights to those franchises. 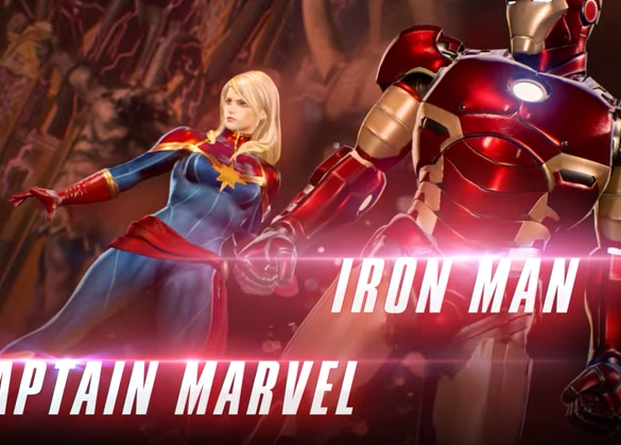 Characters from X-Men like Magneto, The Sentinel, Psylocke, and Wolverine have been longtime staples of the franchise. These concerns weren’t specifically addressed by Rosemann, but he eased certain worries while thinking that the Marvel fans are happy. He included that the heritage is not lost.

They may not make the final roster, but rumors suggest that some Fantastic Four and X-Men characters will get added to the game in the form of DLC, as reported by Ryce, a NeoGAF user. The source wasn’t revealed by Ryce, but it was successfully predicted that the game would be announced at the PSX, a week before the surprise reveal and this provides a certain measure of credibility.