Adam Lambert is set to perform in a controversial New Year’s Eve show to be held at The Float in Marina Bay, Singapore on December 31 and it seems that no amount of anti-gay petition can stop the performance from happening.

The “American Idol” alum appears to be not bothered at all that he will be performing in an Asian country currently beset by a cultural divide over his upcoming performance.

Instead, the pop singer has been quite busy with a number of shows this December all in the US, either his own or as a guest performer of other singers.

His Twitter page indicates how busy he is this month, but one thing quite noticeable about his social media page is how proud he is about the carrier single “Ghost Town” of his third studio album titled “The Original High.”

On December 6, he announced to his 2.54 million followers on Twitter that “Ghost Town” has been streamed 100 million times on Spotify, which is quite a feat for a single that has just been released a few months ago.

Some 11 days later, he tweeted his gratitude to Rolling Stone magazine and the voters for making “Ghost Town” the No. 2 most favorite song of 2015. He was a bit conservative with his tweet actually, as the poll was really the for the Best Songs of 2015.

Rolling Stone describes “Ghost Town” as one of the best singles and one of the year’s most shocking drops from Adam Lambert. The song starts slowly with just Lambert’s voice and an acoustic guitar, then dips into a goth EDM beat. The single from “The Original High” album remains one of the most criminally overlooked dance beats of the year, cites the magazine.

Also on the same day, Adam tweeted that “The Original High,” or, at least, its music video, has become available on YouTube.

Songkick describes Adam Lambert as the perfect justification for every single music reality TV show that fans and viewers all over the world had to endure for the past decade and a half or so.

He is a singer, songwriter, and actor hailing from Indianapolis, Indiana. He is a man talented enough to be a success any way he so desires, but he just chose to make it happen through the medium of “American Idol.”

Lambert is also the first ever openly gay solo artist to top the Billboard 200 and it is obviously a sign of genuine cultural progress in the international music industry.

During his stint with “American Idol,” Adam was an utter sensation on the show, captivating everyone with some single performances that he made and was pretty much robbed of the top spot by some vanishing act called Kris Allen.

But then, the general consensus was that Lambert was going to be an enormous deal outside of “American Idol” and that was exactly what happened.

Middle of the cultural divide

Adam Lambert has been caught in the middle of a cultural divide that is currently sweeping Singapore over his upcoming New Year’s Eve show in the Southeast Asian country.

State-owned broadcaster MediaCorp has organized the New Year’s Eve show to be headlined by Adam Lambert which shall also be televised live nationwide.

Apparently, his upcoming performance has caused the emergence of opposite petitions – one raising a howl against Adam Lambert, and the other one pushing it hard.

The opposing petition was started on November 25 which called on MediaCorp and the Singaporean government to drop Lambert because of his open support for gay rights and lewd performance which they say are contrary to mainstream Singaporean values. 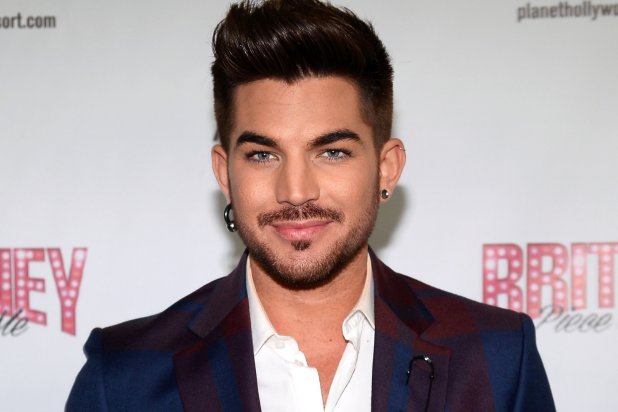 The same petition also cited the stage performances of the “Ghost Town” singer as disgusting, disturbing, and lewd. One petitioner also called that the government should give more wholesome role models for the Singaporean youths.

Meanwhile, a counter petition was also started on November 26 and quickly generated more support than those opposing Adam Lambert.