The current Mercedes-Benz E-Class was released in 2010 but was given a major update in 2014. While the update had the elements and trademark of a luxury car of Mercedes-Benz, critics describe the variant as an undersized sedan that is greatly overpriced, notes Top Speed.

The 2017 E-Class will come with a coupe and cabriolet models but shall feature encompassing upgrades that it greatly needs following the criticisms on its predecessor models.

In addition to a fresh line-up of straight-six engines, the 2017 Mercedes-Benz E-Class is expected to receive all-new hardware, borrowing from its saloon big brother, the S-Class. It shall also exude a technologically savvy interior blending well with cabin luxury that Mercedes-Benz sedans are known for.

The upcoming 2017 Mercedes-Benz E-Class shall be developed on the modular MRA platform which the German luxury carmaker used in the production of the C-Class and its latest GLC small SUV.

As the MRA platform makes use of lightweight materials, it is expected that the latest E-Class sedan will be lighter, more rigid, and more efficient than the current model.

It is also expected that it shall be able to accept alternative powertrains other than the present engine lineup of the current E-Class, details the Motor Authority.

The new E-Class shall also feature a nine-speed automatic transmission that was already made available on previous Mercedes-Benz models. Reports also have it that the new E-Class shall also have a straight-six engine variant. This means that Mercedes-Benz would allow it to share components and production lines with the smaller four-cylinder and three-cylinder units that are currently in the works.

There will also be a twin-turbocharged 4.0-liter V8 engine variant, capable of exuding power of up to 600 horsepower.

Among the most pronounced features of the upcoming luxury class that has been making the rounds on the internet is its autonomous Park Pilot, which allows the owner to park the car via remote control.

It is actually the same as that of the BMW 7 Series so the one in the Mercedes-Benz E-Class is officially the second in the world although there are reported testing already being done on self-driving vehicles since last year, most notably by Google and Apple. At least, what the Park Pilot of the 2017 Mercedes-Benz E-Class is just a baby step for the supposed self-driving vehicles of the future.

Accordingly, the Park Pilot is to be controlled by a smartphone app called “Mercedes connect me.” As the feature is still on its trial phase, it will only be available in other countries but not in the US because the German luxury carmaker is apparently using another app in America.

Then there is also the unique feature of the 2017 E-Class where an NFC smartphone can be used as an alternate for car keys. Most of the latest smartphones can be used to open the vehicle door of the luxury sedan because they already have the NFC feature. 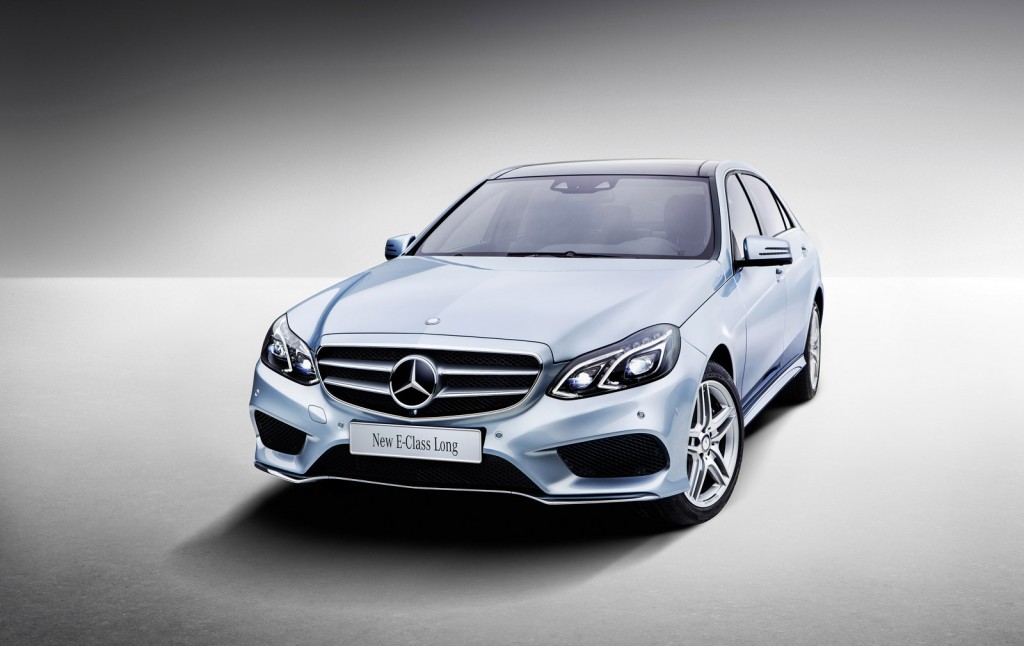 It will work by tapping the phone on the car handle on the driver’s side to unlock the car. The car also has a cradle for the phone which provides wireless charging too. Some would wonder that it would be too risky as any smartphone with NFC can simply open the vehicle just like that. The feature only works with a secure SIM card which only the owner knows, so it cannot just be opened by anybody using a smartphone with NFC.

The 2017 Mercedes-Benz E-Class has been undergoing test runs as of late and many spy shots have come out of it on the road. There are also snapshots of the luxury sedan without disguise and those have become the subject of scrutiny by car experts.