Many are actually wondering why the British luxury carmaker Jaguar Land Rover is calling its first SUV as the F-Pace, which deviates from the way the company has been naming its vehicle models.

Jaguar Land Rover calls its latest sedan models as XF and XE so the F-Pace seems a bit off even to the more well-rounded and in-the-know motoring enthusiasts.

Apparently, the name of the company’s first SUV has something to do with one of the maxims of William Lyon, one of the co-founders of Jaguar Land Rover. He said back then that all Jaguar models had to have the grace, pace, and space. Apparently the upcoming SUV of Jaguar Land Rover exudes all those criteria, and thus the company decided to call it as F-Pace, details Top Speed.

More than its name, the 2017 Jaguar F-Pace actually marks the first foray of the British luxury automaker into the production of sporty crossover SUV and it is definitely not going to be the last.

The vehicle debuted in September during the Frankfurt International Auto Show and it surely thrilled fans and enthusiasts to know that Jaguar Land Rover has finally decided to venture into the specialized and very competitive segment of crossover SUV.

Jaguar Land Rover seeks to position the 2017 F-Pace among the SUVs in the US while the Jaguar XE sedan, which it also showcased during the Frankfurt auto event, is designed to take on the BMW 3 Series and the Audi 4 both in Europe and the US.

With its handsome styling and impressive engineering, the 2017 Jaguar F-Pace is expected to take the market by storm when it arrives in the spring of next year as a 2017 model.

As a Jaguar Land Rover offering, the 2017 F-Pace shares some of its design cues with the automaker’s new XE and XF sedans. But it is the polar opposite of the straight-edged shapes of its sibling, the Land Rover.

The sporty crossover SUV also features curving rear quarters, four mesh grilles on its front end, a signature LED lighting pattern embedded in its slim headlights, and semi-circular taillights also made up of LEDs, points out The Car Connection.

The crossover SUV can accommodate up to five passengers because of its compact but lightweight body made up mostly of aluminum.

Accordingly, the 2017 F-Pace will feature an aluminum-intensive construction known as Jaguar’s Lightweight Aluminum Architecture which means that the crossover SUV will be very lightweight but rigid.

The same construction will make the SUV handle brilliantly like no other vehicle in its segment. In fact, the curb weight of the 2017 Jaguar F-Pace will approximately be 4,000 pounds, which is quite light for a crossover SUV.

The interiors of the 2017 Jaguar F-Pace actually resemble the cabins of the Jaguar sedans in terms of elegance, design, and roominess. There is ample space provided on top, mostly dedicated to digital displays.

The 2017 F-Pace comes in various engine choices depending on whether the consumer is looking for either a lower output or a higher output of the same 3.0-liter supercharged V6 engine. 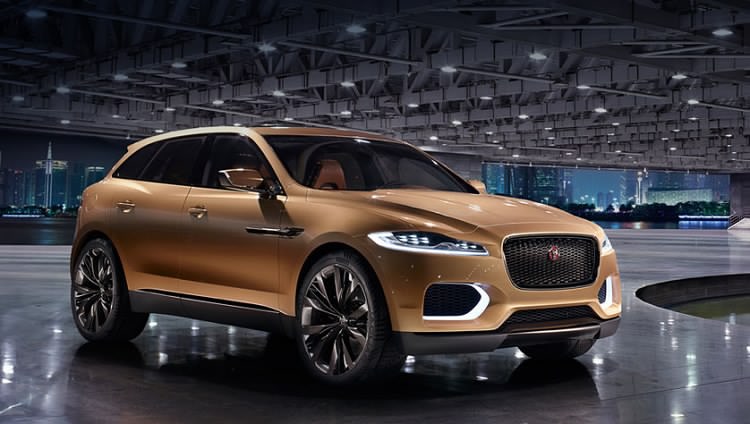 The F-Pace S version with 380 horsepower is also capable of going from 0 to 60 miles per hour in 5.1 seconds and a top speed of 155 miles per hour.

It is also expected that towards the end of the second half of 2016, Jaguar Land Rover will release a new turbodiesel engine for the model. It will be a 2.0-liter turbodiesel four with a maximum power of 180 horsepower and maximum torque of 317 pound-feet.