Toyota have been evolving quite a bit, and it’s obvious that the company has some clear goals for its future, and they have been working hard towards them. The unveiling of the 2016 Prius was met with a lot of enthusiasm and interest from the crowds, and many auto lovers have been commenting on the new model and the features that it brings to the table. Toyota have once again managed to win over not just their fans, but car lovers from all sides, and it’s going to be interesting to watch this model perform on the market.

According to some fans, the evolution of the Prius into its 2016 edition is actually indicative of something a bit larger, a general direction in which Toyota are moving as a whole, and it’s a trend that’s very beneficial to their model. The Prius line in particular has had certain ideas about it that are starting to carry over to other models by the company, such as the economic and environment-friendly approach to the design of the car, and the compact style of its body.

Toyota have also reportedly put a lot of work into making the car more pleasant to handle on the road, addressing a point that has been a major complaint with the model previously. It’s not that the Prius used to be unpopular – quite the contrary – but it was a rather niche model in some ways, especially its handling. It’s good to hear that Toyota have been putting effort into refining this part of the experience, as the company can definitely benefit from showing their fans that this model is capable of being an actually enjoyable riding experience.

It’s also reportedly been made a bit safer and more intuitive in terms of using its instruments panel and other features, so we can only hope that the 2016 Prius will realize its large market potential and move on to represent the company very nicely on the global scene. It will no longer carry that badge of being targeted towards certain specific groups of car fans, and it will hopefully be able to show people that there is a lot to gain by investing in a Prius next year.

Another way in which this car is important, not just for Toyota but the market as a whole, is the fact that it’s been doing quite a lot to popularize the idea of hybrid cars and thanks to models like this one, we’ve seen the concept gaining more and more presence on the market and popularity with buyers. It’s clear that this is the way of the future, but of course someone will have to show this to the people, and until car lovers change their attitude towards hybrid models somewhat, we won’t see any real progress in that direction. Especially when it comes to the acceptance of pure electric cars, which are an entirely separate controversial area of their own. 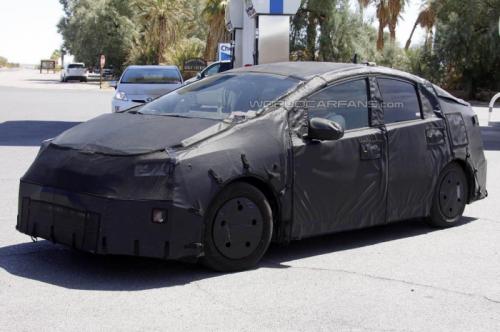 But with the release of the 2016 Prius and its advance onto the market, we fully expect that the company is going to make a strong impact on the auto industry and help people realize that they really do want to drive a hybrid, and that these cars can feel surprisingly comfortable and good on the road. After a few more iterations of the idea, we expect that the market attitude will change towards a slight negativity for non-electric models.