The 2016 Ford Bronco is as real as real can be amid rumors going around the internet that it’s a hoax.

According to KpopStarz, there is now plenty of information on the internet to confirm that the next generation of the iconic Bronco is fake. The site also detailed how the first report about the 2016 Ford Bronco came out on April 1, 2014 which was meant to be an April Fool’s Day joke.

Many others have since joined the bandwagon on the supposed joke and made marvellous stories about the iconic Ford truck that had every motorist thrilled and excited.

Amid these supposed rumors, Ford has remained mum about the whole thing, refusing to either confirm or deny the speculations about the 2016 Bronco.

One site for truck enthusiasts also quoted an interview with a supposed Ford employee who allegedly said that there is no company plan for a new Bronco, sort of confirming the rumors that the 2016 Ford Bronco is nothing but a hoax.

From a marketing standpoint, it would be foolhardy for a major American carmaker like Ford to come up with a hoax about the 2016 Ford Bronco.

If the story about the iconic truck was not true at all, the carmaker would have surely butt in and make an official statement about it.

Rumors about vehicles can easily be denied if it is not true. As one of the major and reputable carmakers in the world, Ford would not stake its credibility for a hoax and would have made the clarification just days after the supposed fake report came out on April 1, 2014.

But Ford preferred to keep its peace, which means that something is really up. It so happened that there have been leaks on the development of the 2016 Ford Bronco so rather than blow up the whole thing and kill the surprise that it is planning, the carmaker decided to remain mum.

More factors why it is not a hoax

It’s also hard to argue that the 2016 Ford Bronco is a hoax considering the numerous images of the vehicle now all over the internet as well as its specifications, which seem to indicate again that the Bronco is really real. 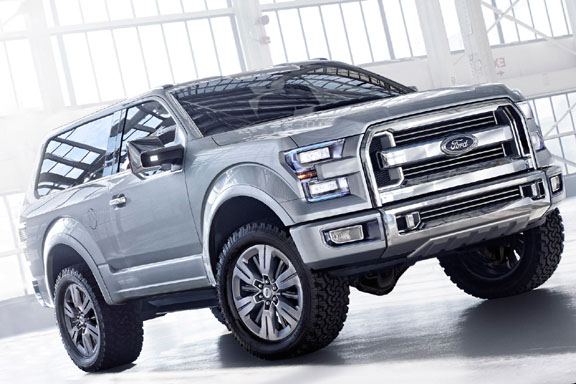 Based on initial reports, the 2016 Ford Bronco looks very different from the last Ford Bronco that was produced by the American automaker from in 1996. It’s also different from what the world has seen in 2004 when Ford introduced a concept car which it called the Early Bronco.