The 2016 Chevrolet Volt will be hitting the GM showrooms in the next couple of days or weeks and based on those who were privileged to have test driven the car just recently, they honestly believe that customers will love the second-generation Chevy Volt.

In fact, Chevrolet is already anticipating strong demand for its updated, second-generation hybrid sedan when it starts hitting the motoring retail markets in the US very soon.

Critics were able to drive the new 2016 Chevrolet Volt just recently for an extended road trip and the general assessment is that the car is a noticeable improvement from its first-generation predecessor in almost every aspect, notes Gas2.

They believe that Chevrolet engineers have made modifications on every aspect of the Volt including the improvement on the battery which was turned to an 18.4 kWH source from previously having only a 15.5 kWH output. What makes it more interesting is that despite the increase in battery power output, the weight of the battery is 20 pounds lighter plus the fact that it fits the same space as the previous battery for the predecessor model.

Another very interesting feature of the 2016 Chevrolet Volt is its onboard gasoline range extender engine, which does not start until the driver has travelled more than 56 miles on battery power alone.

There was even a time when the battery transported the driver and passengers of the 2016 Chevrolet Volt for 63 miles before the gas engine started kicking in.

The 2016 Chevrolet Volt also has a 1.5-liter engine, which is an improvement from the first-generation’s 1.4-liter engine. The new engine is also an all-aluminum design, making it lighter and quieter too even when being revved up.

The new engine is also more fuel-efficient too. The first-generation Volt got 37 miles per gallon using its gasoline engine while the 2016 Chevrolet Volt is rated at 42 miles per gallon on the highway. It also accelerates faster than its predecessor model, going 0 to 60 kilometers in 8.6 seconds as opposed to the 9 seconds for the former.

The 2016 Chevrolet Volt was supposed to be a historic car as it would be the first affordable and electric car, with an internal combustion engine tucked in to wipe away the anxiety of running out of battery with still some distance away from home, where the charging station normally is.

The current edition of the electric car is more capable, comfortable, affordable and attractive than its predecessor, although it is not necessarily better than its competitors in the market today, notes Wired.

GM says that the current Chevrolet Volt owners make 80% of their trips without ever firing up the gas engine and the increased range will further push that figure up to 90%.

The sedan is also very pleasant to drive. It is not just better than its predecessor, it is also cheaper as its retail price begins at $33,995, which is $1,000 cheaper than a brand new first-generation Volt.

The 2016 Volt and the Tesla Model S are also being pitted against each other because aside from the fact that both vehicles will be running on electricity, they will practically compete for the same market. 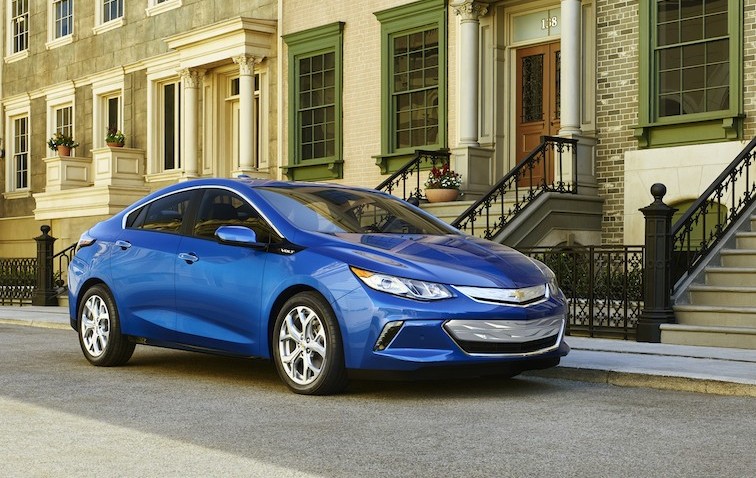 Electric car maker Tesla Corporation will be launching the first ever electric SUV, the Model X on September 30.

The Tesla Model S electric sedan has been launched in 2013 yet but if reports are accurate, Tesla may also launch a 2016 iteration of its Model S sometime in the fall this year.