The 2016 Apple MacBook Pro and the 2016 Apple MacBook Air were previously reported to come out last March. However, when the two devices were no-shows during the American tech giant’s “Let Us Loop You In” event on March 21, the consensus was that the latest netbook and laptop lines from Apple shall come out during the upcoming Worldwide Developers Conference (WWDC) 2016 to be held next month.

While the 2016 Apple MacBook Pro is pretty much confirmed, there are reports going around that the American tech giant may finally do away with its MacBook Air line because it already has the new MacBook to cover for it. The Cupertino-based tech company plans to streamline its MacBook line and doing away with the MacBook Air is part of the strategy.

However, all these remain as speculations pending the WWDC 2016 event where Apple is also expected to launch four of its latest operating software including the iOS 10 most likely, the latest updates to the OS X, the Watch OS, and the tv OS.

Based on reports, Apple is set to give the 2016 MacBook Pro a major redesign to finally satisfy the wishes of long-suffering upgraders-in-waiting.

Latest reports indicate that the 2016 MacBook Pro is going to be a mid-range device aside from the fact that it will be cheaper than its predecessor.

However, many Apple laptop fans are a bit skeptical of the rumors since the American tech giant normally makes considerable upgrades before it releases a new iteration to its laptop line. They expected the same with the 2016 MacBook Pro so it would be very difficult to price it below the level of its existing model. But they are still hopeful that the rumors are true, reports the Parent Herald.

Paving the way for its successor’s arrival

Reports have it that Adorama is offering the 2015 MacBook Pro at a price of $964, which is way below the device’s introductory price of over $1,300.

While most of the information on the internet about the 2016 MacBook Pro are speculations since it did not come from Apple, most of the rumors are consistent in saying that Apple’s upcoming laptop line shall have a Retina display and a touch-sensitive keyboard that will identify touch pressure in different levels and deliver appropriate actions.

Apple has already applied the same features on its new Apple MacBook released in March last year so it is almost sure that the 2016 MacBook Pro would have such.

There are reports saying that the 2016 Apple MacBook Pro shall come in two different size variants including a 13-inch model and a 15-inch version, cites Macworld of UK.

It is actually the same rumors about the 2016 MacBook Air, which seems to indicate that the speculations will eventually cross each other out come June 13, the opening of the WWDC 2016.

Reports have it that the new MacBook Pro models shall likely feature Skylake processors, the new and sixth-generation chips from Intel. The new chipset shall bring significant performance gains to the 2016 MacBook Pro to make it an even faster processing device. 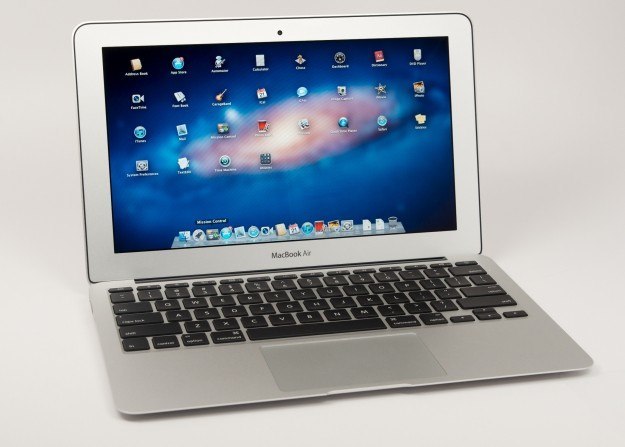 With its major competitors in the market already moving to Skylake processors for their latest laptop lines including HP, Dell, and Microsoft, it is almost certain that Apple would not want to be left behind.

The Skylake processor could actually improve the battery life of the device and could also work well with the El Capitan OS X to improve efficiency.