In January this year, there were reports that the 2015 Toyota Hilux will be unveiled during the Bangkok Motor Show slated on March 25, 2015.

The Japanese carmaker has yet to confirm the launching of the latest iteration to its revered pickup truck line, but accordingly, the 2015 Hilux will also be launched this year along with this year’s model of the Fortuner and the Innova.

So far, the new Toyota Hilux has been seen undergoing test runs in Australia, Argentina, Greece and in other parts of Europe.

Although the first model of the Toyota Hilux was released in 2004, which was the seventh generation of the pickup truck line, it has become available worldwide except in Japan, US, Canada, North Korea and South Korea.

The reason for this is that in Japan, the Hilux is known as the Hilux Surf, while in North America (both US and Canada), there is already the Toyota Tacoma pickup truck and having the Hilux there would make it illogical, strategy and business-wise.

According to 2016 Cars Reviews, the 2015 Toyota Hilux will be a firm truck that shall draw strength from the popularity of its first model that came out in 2004.

The pickup truck shall be a top tier vehicle which shall exude quality, efficiency, purpose and functionality.

For those who have seen the 2015 Toyota Hilux exterior design, it was reported that it will be far different from its predecessor as it will not follow the previous ‘Keen Look’ design language used by the Japanese carmaker. The new Hilux shall have slim headlights with projector lights and LED DRL, among other exterior features.

While Toyota has yet to come out with a specific date for the official release of the 2015 Hilux to the global retail market, motoring enthusiasts believe that the latest pickup truck line will be released during the first half of this year, which is consistent with how Toyota released its 2014 model of the Hilux.

It is actually due to the major and complex modification and innovations that is being made on the 2015 Toyota Hilux that many are saying that the pickup truck will be most likely unveiled to the market on the last days of June 2015, which is also the last days of the second half of the year.

Toyota has yet to make any official statement as regard the price or the engine make of the 2015 Hilux but the resourceful enthusiasts said that the pickup truck may be priced as much as $110,000 which is also meant to maintain the Japanese carmaker’s supremacy in the market. 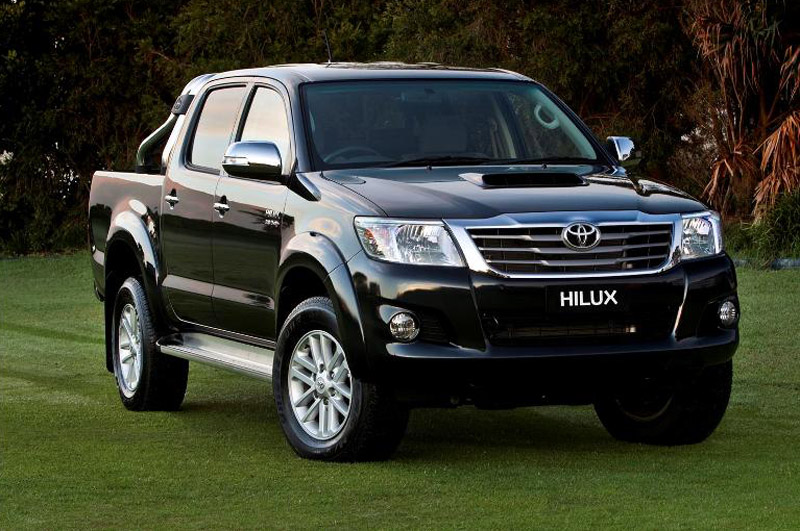 In terms of what’s under its hood, Toyota has yet to say anything as well but some insiders hinted that the 2015 Hilux may use the current 2.5-liter and 3.0-liter VNT turbodiesel engines, or the 2.0-liter, 2.7-lter, and 4.0-liter V6 gasoline engine. Just like its predecessor, the 2015 Toyota Hilux is also expected to come either in a rear-wheel drive (RWD) or 4-wheel drive (4WD) drivetrain.