The latest expansion to the massively multiplayer online role-playing game (MMORPG) “World of Warcraft” will get its latest expansion pack officially titled “Legion” during the upcoming BlizzCon 2015 to be held on November 6 and 7 at the Anaheim Convention Center in Los Angeles, California.

In addition to solid gameplay, “Legion” will usher a new Demon Hunter class into the game as well as fresh hordes of enemies, according to game developer Blizzard Entertainment.

In an official statement released recently, Blizzard said that it has made no secret to its desire to expand the role and importance of dungeons in “World of Warcraft” as they move full speed ahead toward “Legion.” The company added that they look forward to sharing more of its plans to gamers and fans during the BlizzCon 2015, details Venture Capital Post.

The expansion pack is expected to bring some enhancements and tweaks and accordingly, in order to do such, certain classes and professions included in the game’s expansion pack, will get some make-over.

It was actually Jonathan LeCraft, senior game designer for “World of Warcraft” who shared the details of the enhancements and tweaks during the DragonCon.

LeCraft disclosed that the second hero class Demon Hunters, which will be integral parts of “Legion” will start appearing at Level 98 while the Death Knights, which was previously reported not to have any update, will be seen at the beginning of Level 55.

The Blizzard Entertainment executive also said that the Demon Hunters will have a short transformation with inner demon visuals and will be the only class in the game capable of wielding glaives. It added that the double jump ability of the class will not be disabled anywhere either.

A preview of the latest patch

Other than the expansion pack, Blizzard is also preparing to roll out the latest patch for “World of Warcraft,” the Patch 6.2.3, which will be unveiled ahead of “Legion.” This means that Patch 6.2.3 will be coming before November 6.

Blizzard said in a statement that they’ve heard from many players that they wanted more reasons to run dungeons in Warlords, so they are giving just that through the small patch aimed at reinforcing the reward systems around the existing dungeons, as well as expanding the scope of the Timewalking feature that was introduced in Patch 6.2.

Despite being a huge game, “World of Warcraft” does not have too many of the so-called Easter eggs. It is normal for gamers to data-mine everything before a patch or an expansion to the game goes live. And normally, these gamer-researchers share their find online.

It turns out that Terky, the Murloc, was also an Easter egg in “World of Warcraft.” But the pet was only made available in the Asian edition of the game and not in the US or in Europe. However, the secret lasted only for a month and a half because when Blizzard released Patch 6.2.2, the pet that was hiding in the submerged cave in Borean Tundra was gone, details Kotaku.

But it was not actually an Asian gamer who found the Easter egg but a French player who was levelling his alt image in Borean Tundra and did not even realize that he found something new and cool.

Getting back the subscriptions 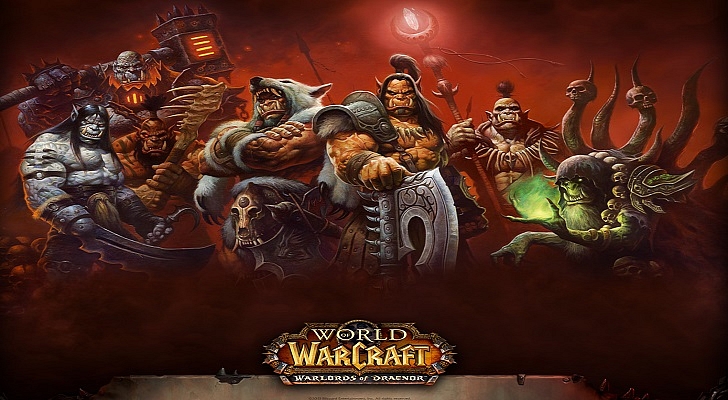 Blizzard Entertainment is in dire need of getting back the huge number of subscriptions that the video game has lost over the past year and it seems that it has found the right instrument to do just that with the expansion pack “Legion.”

Every player of the video game knows that the goblins are the ugly face of capitalism in “World of Warcraft” and these creatures are actually willing to take any gambit if it will make a profit with little regard for their own survival.