After the successful BlizzCon 2015 holding at the Anaheim Convention Center in Los Angeles, California on November 6 to 7, gamers of the massively multiplayer online role-playing game (MMORPG) “World of Warcraft” have been talking about the upcoming expansion pack called “Legion.”

While nearly everyone was talking about the big features that are expected to come with “Legion” including new zones, tons of quests, among other things, most gamers have forgotten about the fact that it is going to give a huge visual upgrade to the game as well, notes Polygon.

Game developer Blizzard Entertainment disclosed that it will be significantly increasing the draw distances in zones to allow players to see much farther than they are used to.

Based on the alpha test copy of “Legion,” one Reddit user actually showed off some screenshots that are expected to come with the expansion of “World of Warcraft” and it really look superb and massive.

A new class in ‘Legion’

“Legion” shall also bring forth a ridiculous race/class combination in “World of Warcraft” called as Gnome Hunters.

The class has been sought after by “WoW” gamers since the beginning and it seems that it will be more than just an X mark in the race/class chart, cites Kotaku.

Interestingly, Gnome Hunters shall be able to tame new mechanical pets. Those who have managed to play the alpha copy of “World of Warcraft,” cited for example that one rare mechanostrider requires a gamer to create a special punch card that grants access to a close section of Gnomeregan.

And once the gamer finds the clockwork creature, he will need to figure out how to overload its circuits. Once he solves the puzzle, he will earn a magnificent mechanized minion that will be striding by his side.

The high-tech pet will be important for the Mechanical Bits. Hunters shall be able to keep their shiny metal friends happy and healthy through the creative use of engineering supplies including a handful of copper bolts.

It also makes Gnome Hunters available to all races in the game, which incidentally is one of the most powerful classes right now.

Apart from ushering a new gameplay, “Legion” shall bring a new Demon Hunter class, fresh hordes of enemies, as well as some enhancements and tweaks meant to make the “World of Warcraft” even more exciting.

Interestingly, the new expansion pack will also improve the combat in the game. While combat is one of the cornerstones of the “World of Warcraft,” it is also the most antiquated when compared to other MMO evolutions like “Destiny,” “Tera,” “Wildstar,” “Guild Wars 2,” among others. Some of today’s games have either taken the combat formula several miles further or simply ditched it altogether.

John Hight, production director of Blizzard Entertainment, game developer of “World of Warcraft,” said that “Legion” will make combat feel more visceral to get the gamer engrossed or involved. 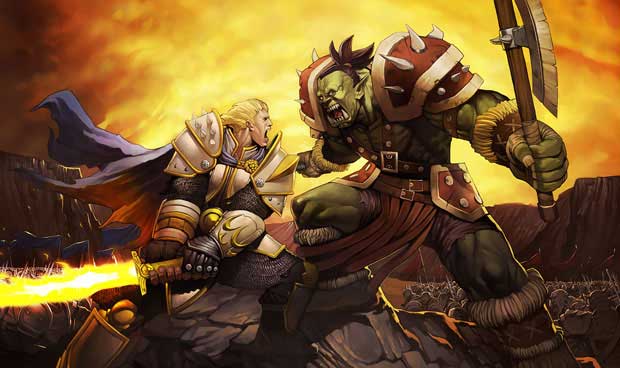 He disclosed that they have done a lot of experimenting with “Legion” particularly with melee animations. Hight added that in the case of the warrior attacks while they’re cool and their sound effects great, they also felt that the animations just did not quite sell it.

So they decided to improve the animations in “Legion” by putting a lot of efforts into revamping it to make it more responsive.

Hight said that they wanted to know how gamers would respond to the improvement that they have made on the animation.