Despite being so much in love with one another, wedding plans are far from the minds of lovebirds Angelique Boyer and Sebastian Rulli.

People have been privy to their relationship through social media as the couple usually shares photos of their romantic trysts and getaways particularly in Instagram and Twitter, giving people the notion that they are in fact past the wedding phase because they seem to be on the honeymoon stage every time, notes Heavy.

Wedding rumors have started circulating when Angelique Boyer was recently spotted checking out gowns at a local bridal store. But in a recent interview with a Spanish magazine, she denied the rumors and claimed that she was just enjoying every moment of her relationship with Sebastian.

Although they started dating officially in September 2014, Angelique and Sebastian are very much in love, which their fans believe is a relationship that was written in the stars all along and they think that the two are really meant for each other and only time can tell if they will be together forever.

Angelique and Sebastian first met as the main characters of the TV series “Teresa” which aired back in 2010. Although they were a romantic pair in the series and the chemisty was quite obvious, no official romance blossomed between the two then.

They simply treated each other as co-workers in the TV series and everything was just work for both of them.

It was not until four years later that they finally hang out with one another and somehow they took it from there to begin dating.

Before Angelique and Sebastian began dating last year, they were also in previous relationships. Angelique was then seeing “Teresa” producer Jose Alberto Castro, a relationship which did not suit well with Angelique’s father because of the glaring age difference.

Jose Alberto was 53 while Angelique was only 25. So when the relationship finally ended a few years later, Angelique’s father was among those who were very happy about it. 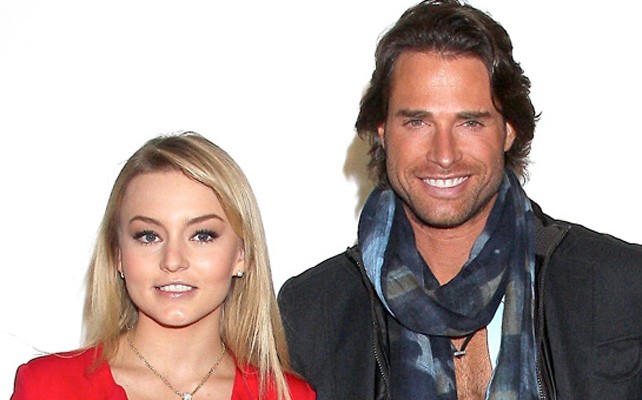 Sebastian on the other hand, was then dating Mexican actress Aracely Arambula, in a high-profile relationship that has been all over social media too.