Theo James and Shailene Woodley will reprise their respective roles as Four and Tris in the two-part third movie of the “Divergent” movie trilogy, the first part of which will be showing on March 18, 2016.

Officially titled “Divergent: Allegiant,” filming for the third and fourth movies of the series are about to begin soon even as reports came out that two veteran actors will be joining James and Woodley in the movie.

Reports have it that serious negotiations are now going on with Bill Skarsgard and Jeff Daniels to join the final movie of the franchise and it is likely that the two are good as in since they already have characters to fill in.

Jeff Daniels shall reportedly play the role of David, the leader of the Bureau of Genetic Welfare, which was responsible for the post-apocalyptic faction-based society. Bill Skarsgard on the other hand is rumored to play alongside Jeff Daniel’s character in “Divergent: Allegiant.”

Skarsgard on the other hand has been widely recognized for his role as Roman Godfrey in the Netflix TV series “Hemlock Grove.” He has previously appeared in movies like “Anna Karenina,” “Emperor,” and “Battlecreek,” details Movie News Guide.

The characters of Daniels and Skarsgard are expected to appear in the two-part third movie of the “Divergent” film series.

The first two movies of the “Divergent” trilogy titled “Divergent” and “Insurgent” were certified blockbusters. When it was shown last year, “Divergent” made a worldwide haul of $338 million at the box office while “Insurgent” grossed $271 million when it was released on worldwide theaters a few months ago.

It is expected that the two-part third movie will also do well at the tills when they are shown one year apart from each other. 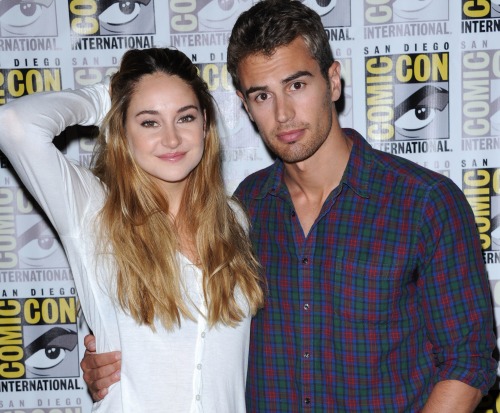 Accordingly, the final installment of the movie based on the Veronica Roth’s novel will dwell on Tris as she decodes the mystery behind the creation of the factions. She will eventually learn later on that the Bureau does not necessarily hold everyone’s best interests at heart.