Tom Cruise will be one of the busiest, if not the busiest Hollywood actor this year up to next year.

Although the actor is already in the middle of filming for “Mission: Impossible 5,” due to hit theaters on December 25, 2015, he has reportedly agree to take on “Mena,” a drug trafficking thriller, on his already busy filming slate, notes Yahoo! News from an AFP report.

“Mena” will reunite Cruise with director Doug Liman, a team-up that was proven successful last year with the hit “Edge of Tomorrow.”

Ron Howard was supposed to direct the film but it was later handed over to Doug Liman, who shall be directing Tom Cruise again in “Mena” as the commercial airline pilot-turned-drug trafficker Barry Seal.

The film is based on a true story of airline pilot Barry Seal who transported contraband for the Medellin cartel in Columbia in addition to working for the Central Intelligence Agency (CIA) and the Drug Enforcement Agency (DEA).

Reports cite that Tom Cruise and Doug Liman are still in negotiations with Universal Pictures for “Mena” but observers do not see any obstacle to the teamup again of the two following the smashing success of the sci-fi movie “Edge of Tomorrow” in the summer of last year.

Four movies in the works

Apart from “Mena” and “Mission: Impossible 5,” Tom Cruise also has in his filming plate two other movies that are sure to draw attention, and are expected to be blockbusters too.

These are the sequels to “Jack Reacher” and the 90s blockbuster “Top Gun,” the film which launched the career of Tom Cruise to superstardom.

It is not clear how the 52-year-old Tom Cruise will manage his filming schedules with four movies in the works but it is likely that actor will find a way to complete all four of them within the provided timetables and production schedules.

Doug Liman, for his part, is also busy filming the adaptation of the video game “Tom Clancy’s Splinter Cell,” which is also inspired by the novel of the same title written by the late suspense thriller author.

It is not clear whether the movie “Mena” will have the death-defying scenes that “Mission: Impossible 5” shall have but it is almost sure that Tom Cruise would not be backing down from it.

The 52-year-old actor has reportedly taken the stunt stuff to a new level when he performed several death-defying stunt for “Mission Impossible 5,” by shooting a scene hanging outside an Airbus A400M military plane flying at 5,000 feet above the British countryside. 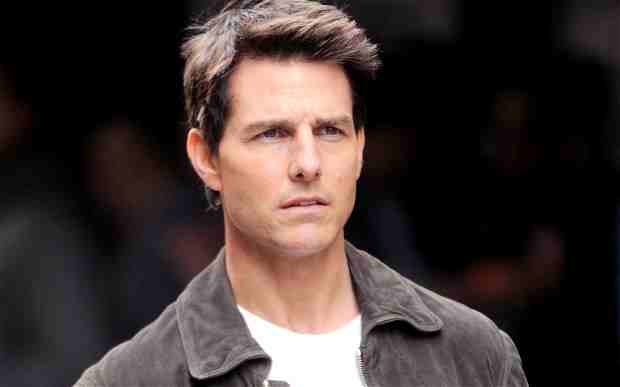 Tom Cruise is known for performing his own stunts, and his latest high-flying stunt on “Mission: Impossible 5” appears to have topped off his own high-flying act in “Mission Impossible: The Ghost Protocol” in 2011. In MI4, he dangled from the world’s tallest building, the 123-story Burj Khalifa in Dubai, United Arab Emirates, to shoot a stunt and action scene.