The Walking Dead Season 5 is all prepped to spice up television viewing this October. From past reviews, the last season was known to be quite slow, and Season 5 will pick up speed and add in more thrilling adventures. From the looks of the trailer, it is quite obvious that there are many new characters this season.

The residents of Terminus will be the highlight of the first few episodes. One of the biggest questions of last season was ‘what happened to Beth’? It is good to see that Beth is alive, but obviously not in her best state.

Beth, who is still at hostage, has a must-watch scene with the hospital workers. Emily Kinney, who is playing Beth Greene, shows off some serious acting skills this season. Terminus’ location is still vague, and viewers are yet to know where Beth is held captive.

The most talked about new character for the upcoming season is Father Gabriel Stokes, who will be characterized by Seth Gilliam of The Wire. For comic book followers, this character is known as a preacher who locked himself up inside the church to save himself from the zombie outbreak. Sadly, his entire congregation did not end up in the same fate and joined the apocalyptic hell.

It is likely that the first few episodes of The Walking Dead Season 5 will be at Terminus. Viewers will also embark on a journey with Rick and his viewers group as they head to Washington DC. Rick is still hopeful that he can get in touch with the authorities and present the case of Eugene and stop the zombie invasion. 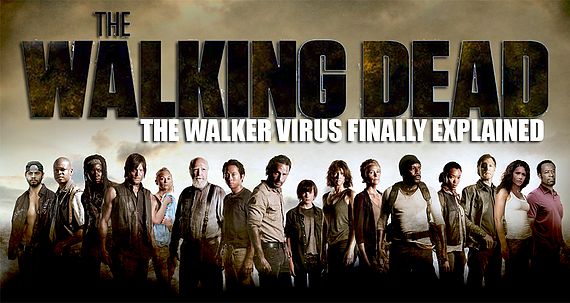 Gareth, who everyone knows, is the antagonist of the show and will be seen in a different light this season. Looks like Rick will eventually team up with Gareth. With Gareth jumping on the good side of the bandwagon, there is more room for another villain to pop up in this Season.

The Walking Dead Season 5 will be a bit of a time machine as it will be shown in various time frames and settings. All the more reason to get glued on to the boob tube and keep up with the story’s plot twists and ever changing time schemes.