A lot has been happening on “The Voice” behind the scenes, and the preparations for season 9 are running at full speed. It looks like the producers of the show are planning something truly special for the new season, and the various rearrangements of the configuration should definitely play out in an interesting way. One of the recent changes was that Rihanna was added to the show as an important advisor, confirmed by an executive on the network.

And while there was initially some skepticism towards her performance in that role, it looks like she will actually do quite well, as Blake Shelton has already been expressing some positivity towards her. He had nothing but good words about his impression of her, noting that she is funny and honest, and on the other hand she also takes her job seriously, a quality which he apparently values quite a bit.

Rihanna will be assisting various other major celebrities as they are preparing their teams for the ninth season of the show, and we’re likely going to see her around for quite a while during this set of episodes. Her fans have been very excited to see her in the show as well, claiming that she’s the perfect addition to its cast, and it’s obvious that many people will be happy to get a little bit of Rihanna on the screen for season 9 of “The Voice”.

Blake Shelton in particular seemed quite excited himself, and he was apparently happy about the idea of spending more time around Rihanna during this season of the show. Could this lead to some interesting combination between them in the future? That might be a major stretch, but it’s also something that fans of the show – and of both performers – have been wondering about, so we wouldn’t be surprised if something happened in that direction.

Meanwhile, Shelton has also been involved in some slightly less pleasant exchanges with someone else – Adam Levine. However, it wasn’t entirely clear if what was said between them was actually meant with a negative intention, or if this was just some playful communication by both of them. The main point of their talk was the recent divorce of Shelton, something that’s been discussed quite a lot by pretty much everyone at this point.

We don’t know the details about the divorce behind the scenes, but it’s an event that’s been getting a lot of attention in the public eye and Shelton might be holding on to some feelings that he’s not revealing to the public. There has been speculation that he was affected by this divorce more deeply than people are suspecting, but we have no idea if that’s actually true or not.

And meanwhile, Adam Levine might actually be going down the same path according to some reports, which could be the reason behind the exchange between the two of them. Whether or not there’s any truth to that, we don’t know – but it will certainly make things complicated for him if it’s true. 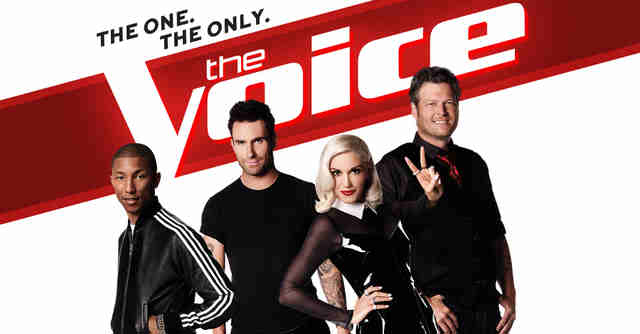 What Levine specifically said was that he doesn’t enjoy spending any time with his co-star at all, as he has a personal dislike for him. Once again, we have no idea if that’s true or not, and it might have been said in a playful way – but it’s definitely something that got the attention of a lot of people and didn’t slip by unnoticed.