Nintendo may have a valid reason in delaying the release of the action-adventure video game “The Legend of Zelda” on Wii U from late this year to next year. But when it pushed back the release of the highly-anticipated game to an undetermined date, the Japanese gaming company did not only take the anxiety of the fans to near-anger levels, it has actually put heavy pressure on itself.

Because now, “The Legend of Zelda” on Wii U gamers expects nothing but perfection and it has certainly raised the level of pressure on Nintendo, however good the company has thrived on pressure over the years.

There is also a risk involved in the further delay of the game as the excitement may have thin out already by the time “The Legend of Zelda” on Wii U is released, it may eventually end up being a failure.

Design & Trend actually enumerated five ways within which “The Legend of Zelda” on Wii U could be a major disappointment especially when it finally comes out possibly late in 2017. The outlet cited that the final reception of the game might just be stunted especially if the fans start feeling being bitter for the run-around that Nintendo gave them.

Nintendo has long been working on eyeing the open-world concept for “The Legend of Zelda” on Wii U, which critics find a little too ambitious. As the fact that Nintendo is practically threading on a new territory, there is really a great risk involved which could also spell failure especially if it fails to meet the standards of triple A open-world video games.

There is also the chance of “The Legend of Zelda” on Wii U Amiibo figurines actually overshadowing the game itself given the delayed release of the video game. Gamers and fans of the game would rather spend less on something that they can see than plan on spending more on something that is nowhere to be found.

Finally, there is the huge possibility that Nintendo may have put so much hype on “The Legend of Zelda” on Wii U that it may eventually find it difficult to live up to it, resulting to the game’s likely failure.

Meanwhile, Joseph Zawada, a Lego and “The Legend of Zelda” enthusiast, showcased the iconic Hyrule Castle during the Brickfair conference held in Virginia early this month.

And the Hyrule Castle displayed was not made in the form of drawing or anything at all but built from Lego. Zawada said that it took him two and a half years to build the Hyrule Castle, based on what is seen in “The Legend of Zelda: Twilight Princess” for the Nintendo Wii U and GameCube systems, details C/Net.

Aside from being intricate and huge, the Lego Hyrule Castle is so big that Zawada actually needs to disassemble it into 40 sections to transport it, and requires two vehicles to move it. 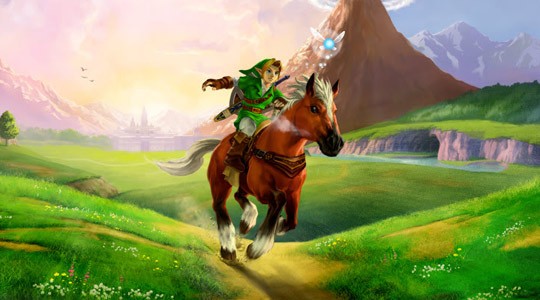 Nintendo launched “The Legend of Zelda: Tri-Force Heroes” at the Electronic Entertainment Expo (E3) 2015 and subsequently showcased the game’s playable demo at Gamescom 2015. The game will be officially released to the Nintendo 3DS family of systems on October 23.

“The Legend of Zelda: Tri-Force Heroes” allows up to three players to team up locally, via Download Play with one game card or online using a wireless Internet connection to cooperatively explore inventive dungeons and battle bosses.