Teenage Mutant Ninja Turtles is a movie that came out last year and took the theaters by storm. Just like most films these days, Teenage Mutant Ninja Turtles is expected to be just one of a few in a franchise. In this remake, movie stars like Megan Fox, Johnny Knoxville and Will Arnett are cast to keep the entertainment flowing throughout the entire movie. The first movie was released August 8, 2014, and for the most part did not get many positive reviews.

Now that the movie is out of theaters, the total gross for it worldwide was $485 million, which brought it to be the number one highest grossing film for Nickelodeon movies. After getting such negative reviews, it was nominated for five Golden Raspberry Awards, including Worst Picture, Worst Prequel, Remake, Ripoff or Sequel and Megan Fox winning for worst supporting actress. Even though the movie has gotten fairly negative reviews a sequel is expected to be in theaters in the middle part of next year.

According to reports, the new movie, Teenage Mutant Ninja Turtles 2: The Secret of the Ooze, is going to be filming in New York City and Buffalo. Filming in those 2 cities, appears that the studio will bring in an estimated $70 million of spending in those 2 cities. There has been little said about the exact location that the film will be shooting at this point. Most movie studios do that so that fans are lined up along the streets to see the stars.

One of the stars that is expected to join the Teenage Mutant Ninja Turtles team, is Stephen Amell. If that name sounds familiar, you might recognize it from the popular television show on CW called Arrow. Amell has become very popular as the comic book character The Green Arrow in the television series and he is expected to save the Teenage Mutant Ninja Turtles franchise by becoming Casey Jones. This week that news was reported, and fans immediately started to buzz on Facebook and on twitter, with hopes that the movie series will be better than the first one was. 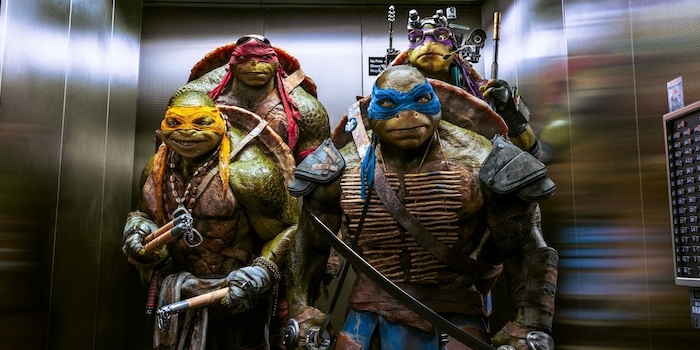 There are a few things that could happen with the 2nd movie, and one of them is that it could be better than the first, but not really get attention from loyal fans. Some popular movies sites call this the “Tomb Raider Trap” because the 2nd movie was much better than the first, but it did not save the series. Does Stephen Amell think he can save the entire movie series, that is highly doubtful, but he will bring a certain action, feeling to the new movie that is packed with action already.