Following the official release of the popular fighting game “Super Smash Bros 4” on Nintendo Wii U and 3DS in April, Game Director Masahiro Sakurai initiated the Fighter Ballot during the Direct event.

The Fighter Ballot actually asks fans to vote for the character whom they would like to see included in the popular fighting game. While its results are not normally available, the feature is actually a reminder to gamers that they are given the opportunity to request their favorite characters to be included in the game.

In addition to legacy characters like Mewtwo from “Pokemon” and Lucas from “Mother 3,” “Super Smash Bros 4” gamers could actually see in theory anyone they want to become the next challenger they want to see in the game.

The release of Roy from “Fire Emblem” and Ryu from “Street Fighter” as the third and fourth character DLCs, respectively, to “Super Smash Bros 4” in June were not ballot-related.

Gamers were allowed to vote as many times as they want, but Nintendo has set the deadline for the Fighter Ballot on October 3. And now that it is almost two weeks past the Fighter Ballot culmination, gamers are now eagerly anticipating who the next character DLC will come to “Super Smash Bros 4” very soon, notes the Christian Today.

Not just one but three characters

While the official results of the Fighter Ballot have yet to be announced by Nintendo, there are now leaks going around the internet indicating that it would not just be one but three third party DLC characters that will soon come to “Super Smash Bros 4.”

Apparently, the recent patch released on the game came with a code, which a keen gamer was able to explore and discover that “Super Smash Bros 4” has left three slots for new characters as well as two game stages.

While everything remains speculation at this time, the most popular and requested characters on “Super Smash Bros 4” are Dixie Kong and King R. Rool from “Donkey Kong Country,” Isaac from “Golden Sun,” Inkling from “Splatoon,” and Ridley from “Metroid.”

Also being rumored is Shovel Knight from the same-titled video game, which may have originated from Nintendo Life sources who revealed the character’s appearance in the lineup, details Realty Today.

Late in August, there were reports that came out saying that Professor Layton from the “Professor Layton” puzzle games on Nintendo DS and 3DS, will be next character that shall join the roster of fighters in “Super Smash Bros 4.”

It is possible that the three from these seven gamer-favorite characters will come to “Super Smash Bros 4” but since Nintendo has yet to come up with an official announcement or statement to confirm or deny the reports coming out, everything is up in the air at this time so everyone is still free to guess.

Shovel Knight Amiibo figurine could be a hint

Shovel Knight made it to the circulation as the next character DLC on “Super Smash Bros 4” after leaks of Shovel Knight Amiibo came out days before it was released.

Not only did it come as a surprise, it was actually shocking for Nintendo to have a third party directly release a new Amiibo figurine.

With an Amiibo figurine already out in the market, it seems pretty clear that Shovel Knight would occupy one of the rumored three DLC characters that will be coming to “Super Smash Bros 4” soon. 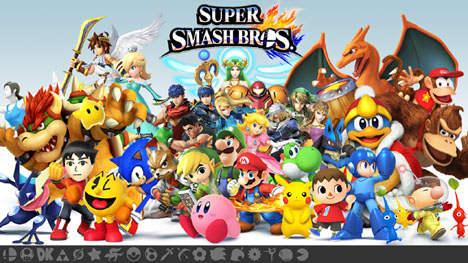 When Nintendo learned of the leaked screenshot of the Amiibo figurine of Shovel Knight in a website, the Japanese gaming company immediately deleted the web page. Game developer Yacht Club Games of “Shovel Knight” also dismissed the report as mere rumors. They also cautioned gamers into taking all the information going around the internet hook, line, and sinker, asking them to always take unconfirmed rumors with a grain of salt.

Meanwhile, “Super Smash Bros 4” got an extra dose of excitement again with another DLC that came its way on September 30.