Many talented actors have previously played the role of The Joker, Batman’s arch-nemesis, but among them all, it was the interpretation of the late actor Heath Ledger that sticks to fans’ minds in the movie “The Dark Knight” shown in 2008.

Veteran actor Jack Nicholson also played the role of The Joker in the 1989 “Batman” film starring Michael Keaton but he just played comical about it and very light-hearted too.

But now that filming for the DC comic-based movie “Suicide Squad” is under way, all eyes seem to be on Jared Leto and how he appears to be getting into his character as The Joker.

Word coming out of the production set of the “Suicide Squad” is that Jared Leto’s interpretation of The Joker is better than that of Heath Ledger’s. This would not be a surprise since Jared Leto is quite a good actor and he really likes to be in-character before he takes on a role.

It seems that all the preparations and the fan teases he had been making on social media about himself as The Joker in the “Suicide Squad” is proving to be well worth it since he is more than qualified and capable for the job and he seems to be drawing favorable and positive reviews for his acting straight from the film production people themselves.

Jared Leto has been an established actor when he was casted by Director David Ayer for the role of The Joker in the “Suicide Squad,” which would be hitting worldwide theaters on August 5, 2016.

He already won an Oscar for his supporting role in “Dallas Buyer’s Club” back in 2014. He has been into acting for more than 20 years, which actually gave him more experience and depth than the late Heath Ledger was when the latter took on the role of the Clown Prince of Crime more than seven years ago, notes Design N Trend.

His Academy Award only means that Jared Leto is one of those actors capable of delivering an iconic performance for an iconic comic book character. What’s more, Leto also complements his acting with the appearance eccentricities that go with the look of The Joker, which means good things for “Suicide Squad” and the movie fans too.

Buckling down to work

Filming for “Suicide Squad” has began last month. Prior to the start of filming, Director Ayer announced the three new cast members to the movie including Ike Barinholtz of “The Mindy Project,” Jim Parrack of “True Blood,” and Adam Beach of “Flags of our Fathers.”

Reports indicate that Barinholtz will play the role of Hugo Strange, Parrack is cast as Deathstroke, and Beach is set to play the villain role of Ravan. 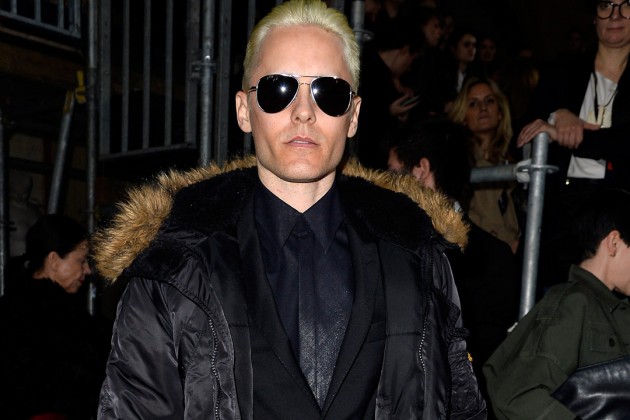 “Suicide Squad” has all the makings of a true blockbuster so it was kind of easy for Jared Leto to decide on his makeover and be ready to take on the meaty part of the Joker in the movie.