“Star Wars: The Force Awakens” is expected to be a major box-office hit as it is predicted to earn $2 billion in sales once it is released to worldwide theaters on December 18.

Predictions are overly optimistic for the latest installment of the epic space opera franchise as it could eventually end up just behind “Avatar” and “Titanic” in the list of highest-grossing movies of all time, Deadline reported. Analyst Benjamin Swinburne is optimistic about the overseas sales of the movie so he raised his forecast of profit to nearly 22 percent.

After considering all the revenues and costs of “Star Wars: The Force Awakens,” it was predicted that the movie will be very profitable to Disney, the company that acquired Lucasfilm in 2012.

Swinburne also added that Disney is poised to take a larger than average slice from the theatrical sales pie. For the “Star Wars” movie, Disney is expected to take 55-60 percent of domestic receipts and 40-45 percent of international sales. Prediction of global merchandise sales is also high with an expected income of $3 billion a year on licensed toys, clothing, and other related “Star Wars” stuff. About $215 million of the sales will go back to Disney.

Further predictions said that due to the “Star Wars” wide reach, Disney might gain $350 million in home video revenues, $100 million from video games, and $75 million for global pay TV. Swinburne figured that the revenues will trump the expected overall expense of Disney to produce “Star Wars: The Force Awakens” which cost the company $423 million.

There are also reports that “Star Wars: The Force Awakens” is currently pegged as the runaway favorite to be the biggest grossing film of 2015, The Guardian reported. However, the seventh “Star Wars” film could face tough competition from another blockbuster hit, “Jurassic World.”

“Star Wars: The Force Awakens,” which is directed by J.J. Abrams, will kick off a new trilogy that is set to climax in 2019. Disney will also release several spin-off anthology movies focusing on the characters from the original trilogy of films from 1977 to 1983. The first in line is “Star Wars Anthology: Rogue One” which will debut in December 2016.

In other news, the script of “Star Wars: The Force Awakens” is not written by the original “Star Wars” creator, George Lucas, Cinema Blend reported. In a recent interview, Lucas had planned to create the seventh installment for the epic movie series before Disney acquired the rights to “Star Wars.” The series creator said he submitted his ideas to Disney, but it seemed that the company and film director J.J. Abrams did not use it into the upcoming movie.

However, Lucas did not divulge information about his original ideas for the seventh film of the “Star Wars” series. The series creator also thought that if he decided to add a trilogy to the already massive series, he would again put his life on hold for 10 or more years. Lucas said that time is more important for him than money so he is willing to pass the torch to Disney. 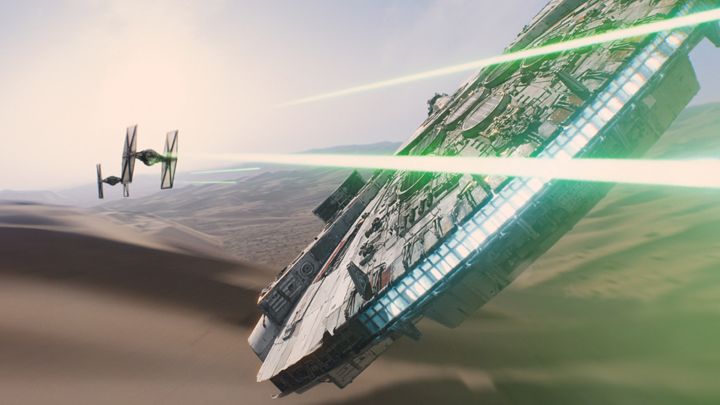 “Star Wars: The Force Awakens” will be the continuation of the original film series. The plot will be set 30 years after the events of “Return of the Jedi” and will introduce new lead characters such as Finn, Rey, and Poe Dameron alongside original characters from previous films. The lead roles will be played by John Boyega, Daisy Ridley, and Oscar Isaac.