With the cameo of Spider-Man in “Captain America: Civil War” when it was shown in theaters in May this year, fans and critics were one in saying that the stand-alone film of the web-slinging superhero is going to be a hit as well.

Tom Holland may be ushering a new personality and dimension to Spider-Man in “Spider-Man: Homecoming” but the movie still needed a major pull to make sure that it gets the attention it deserves since it is part of the Marvel Cinematic Universe (MCU).

Thus, Marvel Studios infused Tony Stark and Iron Man, the most bankable among the Marvel superheroes, played by Robert Downey Jr., in the film to ensure that it will not create mere ripples in the box office, but instead guaranteed to actually make waves when it hits theater on July 7 next year.

When Sony and Marvel agreed to partner beginning in February last year, as the former ceded to the latter the rights to Spider-Man, Sony had one thing in mind. It wanted the franchise to be profitable again because it already knows for a fact that Marvel holds the best superhero hands these days.

Sony had already produced five Spider-Man films in the past and it did make two superb “Spider-Man” movies with Sam Raimi and Tobey Maguire but it fell off a cliff with the third installment in the trilogy, details the Cheat Sheet.

Following two average-to-sub-par “The Amazing Spider-Man” films that starred the moody Andrew Garfield, it was time for Sony to knock on Marvel’s door and practically beg to make the franchise profitable again.

Critics believe that Sony actually swallowed its pride in the deal with Marvel just to make sure that they don’t waste a very good and iconic Spider-Man franchise.

Does not want to go the way of Fox

Apparently, Sony does not want to go the way of Fox when it pursued the reboot of the “Fantastic Four” and then fall flat on its face.

Fox, though, denies rumors that it has considered ceding the rights to Fantastic Four back to Marvel although the siren song of the MCU is just too tough to resist.

Reports also have it that Sony agreed to the deal with Marvel because the Iron Man was dangled like a carrot to them that they just found the offer too difficult to refuse.

While it is just one part of the lucrative partnership between Marvel and Sony, it is an important one nonetheless. It also shows Marvel’s willingness to give as much as it receives and kicks the door wide open for the rest of the studio’s vast superheroes in Sony’s small Spider-Man universe.

It has also been confirmed already that Disney star Zendaya will not be playing the role of Mary Jane Watson in “Spider-Man: Homecoming,” reports Games Radar.

First, she was reported to be an unknown character called Michelle. Then, rumors started swirling that she will take on the role of Mary Jane Watson, Peter Parker’s long-term love interest.

Considering her popularity, it seems that she was fit for the role of a leading lady to Tom Holland’s Peter Parker. However, it has already been confirmed by Marvel that Zendaya will not be Mary Jane Watson but the studio refuses to divulge details on her character.

For sure, it would be meaty and commensurate to her talent level and popularity on the small screens.

Meanwhile, with racial discrimination becoming an intense issue in the US these days, the MCU will continue to highlight the diversity of its superheroes in its roster as well as the other main characters in its other films.

As it is, only three Marvel superheroes are of color and they are the Iron Patriot, the Falcon and the Black Panther so MCU obviously has a lot of things to explore in the future as far as diversity is concerned. 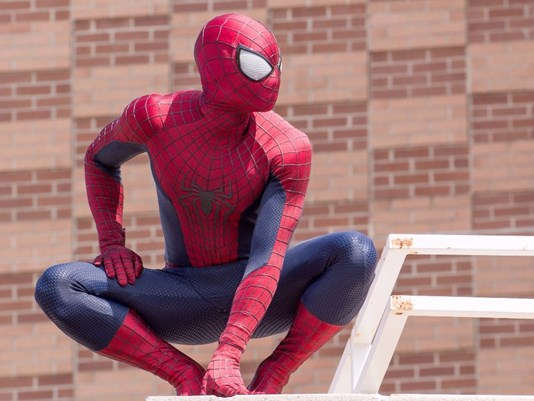 But the Marvel movies per se are quite diverse as they mostly feature main characters of color including Nick Fury, played by Samuel L. Jackson, and several others.