Sophie Turner, the 18-year-old British actress, who is known more for her role in the popular and widely-followed HBO series “Game of Thrones” is quite excited for being chosen as Jean Grey for the next X-Men movie officially titled “X-Men: Apocalypse.”

For her excellent performance in “Game of Thrones,” Sophie earned her Young Artist Award nomination for Best Supporting Young Actress in a TV series.

The HBO fantasy television series, which originated from George L.L. Martin’s fantasy novel series and which has spawned a successful video game franchise, will be premiering its Season 5 on April 12, 2015.

Just a few days after she learned that she was chosen to play the role of the mutant with telepathic and telekinetic powers Jean Grey, Sophie was a picture of excitement and happiness.

She recalled that she was on her way to the audition when her agent called her and told her to check her Twitter. That’s when she learned that Director Bryan Singer already announced of her casting as Jean Grey.

Sophie got so excited that she started crying so when she got to the audition, she was still dumbfound and speechless. She still can’t believe that she got the role so she practically messed up the entire audition process, reports Blastr.

Big shoes to fill in

Being casted as Jean Grey in “X-Men: Apocalypse” is also a big shoe to fill in, according to Sophie. She said that she has seen how Famke Janssen played out the role in the first few X-Men movies and she believes that it’s really a tough act to follow.

Sophie felt that Famke Janssen playing the role of Jean Grey was amazing. She promised that she will try her best to do justice to the role by attempting to emulate Famke because she really did a great job for the incredible X-Men character.

In addition to Sophie, Director Bryan Singer also announced on Twitter last week the casting of Alexandra Shipp as Storm, and Tye Sheridan as Cyclops. 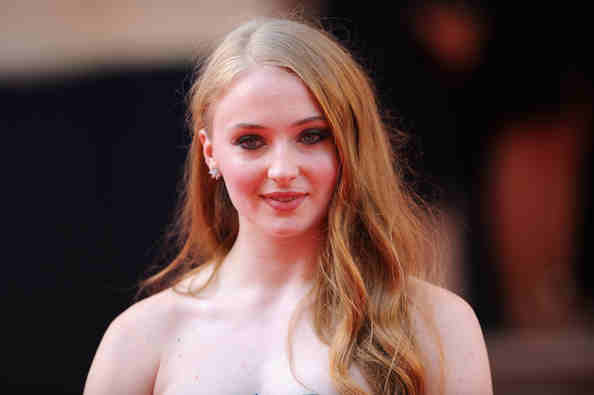 The other cast members of “X-Men: Apocalypse” include Jennifer Lawrence who shall be playing the role of form-changing Raven also known as Mystique, Evan Peters as Quicksilver and Peter if he’s not mutating, Chaning Tatum as the card-carrying mutant known as Gambit and Remy LeBeau if he’s not in his extra ordinary self, Michael Fassbender as Magneto or Erik Lensherr if he’s not in his mutant form, James McAvoy as Charles Xavier also known as Professor X, and Nicholas Hoult as Hank McCoy or the mutant Beast when he changes form.

Oscar Isaac will be playing the role of En Sabah Nur who is also the mutant Apocalypse, the foremost villain of the movie.