The second half of the fourth season of ‘Vikings’ is expected to bring more interesting plot lines. Viewers will witness a surprising collaboration between Clive Standen’s Rollo and Alexander Ludwig’s Bjorn.

History has released the series’ mid-season teaser during Comic-Con last month and Rollo was seen willingly helping his nephew to cross the Mediterranean Sea.

Bjorn was tasked by his father alongside Gustaf Skarsgard’s Floki which is why they need to cross the large body of water.

Princess Gisla was disappointed with Rollo’s decision and was against it, but the warrior told her that he can’t deny that a part of himself will always be a Viking.

Fans will remember that Rollo abandoned his Viking roots to become a part of the French community. Also, he defeated his brother, Ragnar, with the help of the Parisian army.

The trailer also gives viewers hope that Rollo has not yet completely disowned his Viking heritage which could mean that it’s not too late for Rollo and Ragnar to reconcile.

The first half of the season saw Ragnar and the Vikings return after raiding Paris. He also meets Yidu, a slave whom he grows close to.

Bjorn reveals his intentions to travel into the wilderness to find himself, a historical fact that fans were eager to see happen. However, Kalf and Erlendur plot against him and his plans.

Lagertha and Aslaug were also in battle as they both want to put themselves back into power once again.

TV Guide reports that Rollo’s victory was celebrated by the viewers, Series creator Michael Hirst says that fans were happy for Rollo because his win was proof of how Rollo never believed in himself until then.

Some fans sympathized with Rollo while others said that his actions towards his brother were always motivated by hate, jealousy, and his obsession to be ahead of Ragnar.

In fact, Standen himself believed that Rollo could ever amount to anything. Considering how his best attempts in his past to assert how he was equal to his brother always got the best of him.

Hirst also revealed that he never intended to see Rollo and Travis Fimmel’s Ragnar killed off before the season took a break. The showdown was, instead, an illusion of how the brothers follow different destinies.

Moreover, the second half of the season is expected to feature the death of Fimmel’s character. Since History is following the timeline where the series is based on, the king will eventually meet his demise.

Since the show entered its fourth season, it was rumored that this would be Fimmel’s last season on the show given how he already has other future projects lined up.

Some speculate that the leader of Kattegat will return to his land after Rollo defeated him and that is where he will meet his end.

However, there are reports surfacing that Fimmel was spotted growing his hair for the role which could mean that he’s going to age before he dies.

Parent Herald cites that Lothbrok will eventually go back to Kattegat in the hopes that his post is still there waiting for him. Unfortunately, it looks like his sons are already vying for his throne.

Meanwhile, fans of Katheryn Winnick will be happy to know that Lagertha will be a major focus of the last 10 episodes of the season. 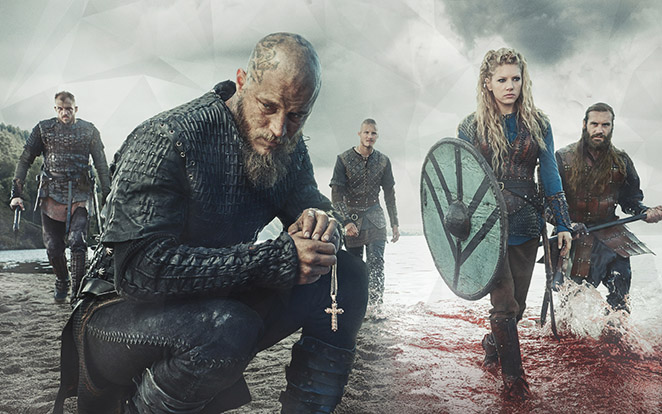 Fans were shocked with the trailer that saw the shieldmaiden kissing another woman in the bed.

Winnick herself has confirmed in past interviews that her character is said to heat things up in the love department when the show resumes.